Since multiple failures of the Puerto Rican electricity network due to climate catastrophes, the government is looking for new ways to create more energy security. Energy reforms are intended to remedy the situation, but what role do renewable energies play? Maximiliano Proaño explains:

In September 2017, Hurricanes Maria and Irma destroyed an important part of Puerto Rico’s electric grid, leaving many people without power for months. Indeed electricity generation dropped by 60% in the fourth quarter of 2017 from the same period in 2016.

This tragedy raised a national debate about the security and resilience of Puerto Rico’s energy grid. The crisis presented the necessity of energy reform and opened the opportunity to modernize the energy system which relied heavily on fossil fuels. In June 2017, 47% of its electricity came from petroleum, 34% from natural gas, 17% from coal, and 2% from renewable energy. The share of renewable energy in the country is meager considering Puerto Rico’s potential for wind, solar photovoltaic and ocean waves resources. In fact, using only 10% of these resources could provide an estimated 115% of electric energy demand. In order to change to renewable energy, recent report identified four critical areas for policymakers:

Puerto Rico’s parliament has recently passed an energy reform law in hopes of increasing electrical security and resilience. Governor Ricardo Roselló signed the Transformation of the Electrical System Law, and on November 6th it was approved by the Senate. The law includes measures to make the electrical system more resistant to atmospheric events through the use of small-scale power plants, a revision of the routes of the distribution system and burying lines in urban centers. The energy policy also includes a goal of 100% renewable energy by 2050. Another important aspect of the project is the elimination of incineration as alternative renewable energy.

The energy policy also privatizes the Puerto Rico Electric Power Authority (PREPA). The government sees this as justified because the current public monopoly in the energy sector practically abandoned maintenanceof the electrical grid infrastructure. The new law establishes that no supplier can own more than 50% of the generation assets. It also allows for people to become “prosumers” – both producers and sellers of their own small-scale energy like solar panels. In addition, the law aims to facilitate the interconnection of distributed generation and microgrids.

Solar energy companies have expressed concern because the law allows charges in the net metering system. Net metering means that if a person produces their own power, they can use it whenever they want instead of just when it is produced.The bill affirms that the Electric Power Authority, its successor, or operator of the transmission and distribution network may propose as part of its tariff charges to clients for net metering. It will be the Energy Commission that will evaluate said charges as part of the tariff proposal.

But this bill would do little to stop the development of natural gas, according to the Institute of Energy Economics and Financial Analysis (IEEFA). In the short term, it has been proposed that combined power plants make up for the elimination of coal and oil plants (which are currently two-thirds of current electricity generation). Critics have pointed out that Puerto Rico does not produce natural gas, nor does it have its reserves. Nearly all natural gas is imported from Trinidad and Tobago as liquefied natural gas (LNG). If the goal is to achieve 100% renewable energy generation by 2050, focusing on natural gas will not be enough.

Another benefit of the current focus on switching to renewables is that it creates a more resilient power network. Abandoning mega-projects and instead focusing on small, distributed generation will make power outages more rare. 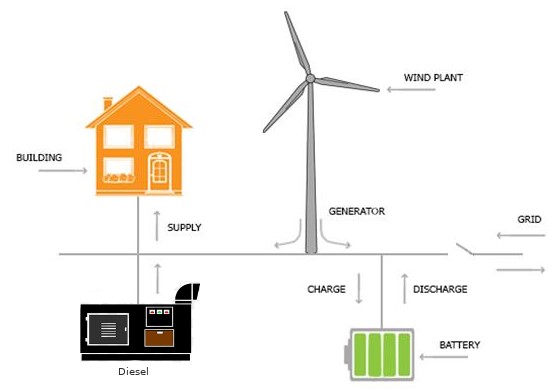 As for renewable energies, while the new law sets impressive goals, it does not propose clear incentives to achieve it while it proposes a plan to rebuild the electricity system through gas plants.

A vital area of the reform must be the involvement of cooperatives and municipalities in the transition. In my opinion, this is an essential absence of the new Puerto Rico’s energy framework. The process of privatizing the energy sector can be very harmful if it means the concentration of the property in a few hands. On the other hand, a process of controlled “privatization” can also mean a positive experience of local development, increasing energy cooperatives, self-generation or private partnerships with municipalities for local projects, which distributes the benefits among many.