While the European Union has been busy with the new Clean Energy Package, some important developments are also taking place in South-East Europe, where the Energy Community Treaty operates. Journalist and energy expert Oleg Savitsky attended explains how policymakers are trying to transform the energy markets of the EU’s neighbourhood.

Wind power in Ukraine is set to skyrocket, thanks in part to Energy Union support (Photo by Brovary, CC BY-SA 1.0)

Established in 2006, the Energy Community Treaty was originally aimed at extending the EU internal energy market rules and principles to countries in South-East Europe (SEE), the Black Sea region and beyond on the basis of a legally binding framework. The only permanently acting institution of the Energy Community is its Secretariat, which is responsible for supporting the day-to-day activities and monitoring of the implementation of the Treaty. 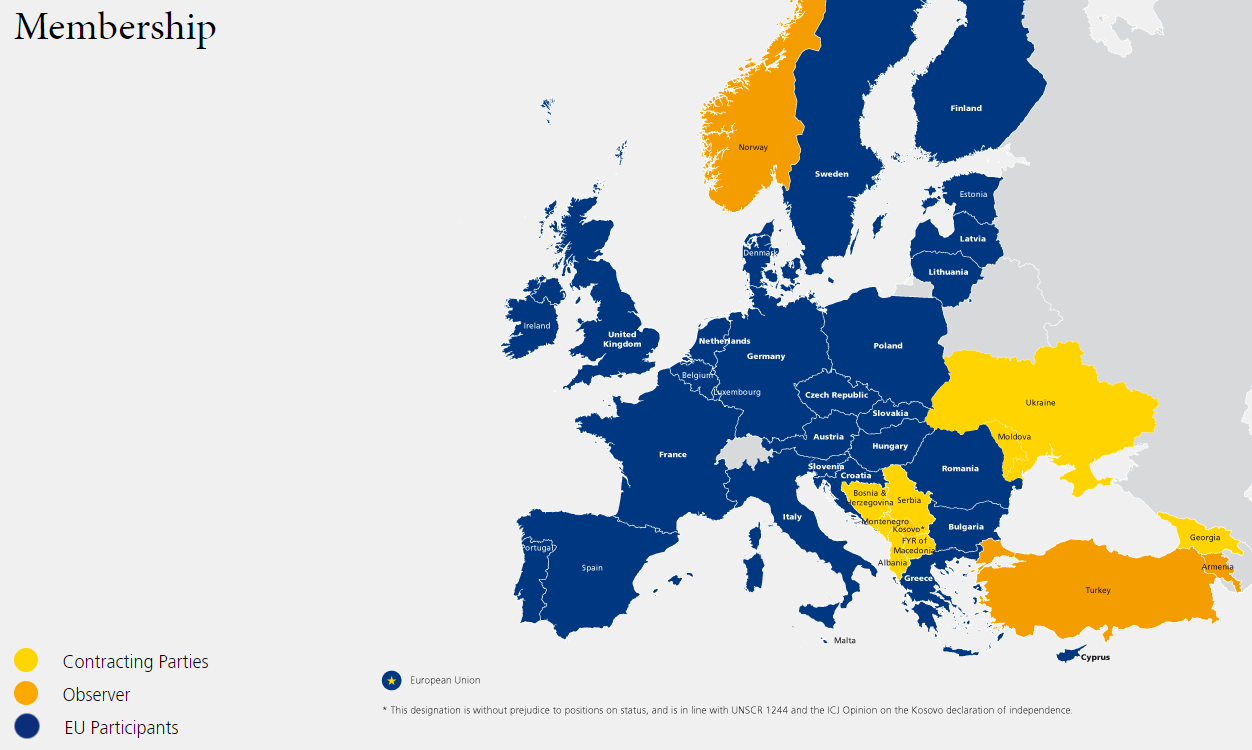 Members of the Energy Communities

After the gradual expansion of the Energy Community acquis to include legislation on renewables, energy efficiency, pollution control and climate change, the Treaty has evolved into a policy vehicle for the acceleration of clean energy transition in the SEE region.

Now this change has been officially reflected in the “Wachau Manifesto”, which was issued by the Energy Community Secretariat, after the most recent joint meeting of ministers responsible for energy, environment and climate policy representing the contracting parties (Western Balkans, Moldova, Ukraine and Georgia), This informal Ministerial Council took place in Dürnstein, Wachau, Austria on 22-24 June 2018.

First step away from coal

Just as elsewhere in the world, the decarbonisation of the power sector is the first major challenge for the Energy Community contracting parties on the road to energy transition. The region’s power sector comprises over 118 gigawatts (GW) of installed capacity, out of which 62 GW are coal power plants with an average age of over 40 years. Generally in recent decades South-East Europe has seen little investment in renewable power and is still heavily dependent on coal. To date only Bulgaria, Romania and Ukraine have significant solar PV and wind energy capacities.

For South-East Europe the watershed was crossed on 1 January 2018, when the EU’s Large Combustion Plants Directive (LCPD) and the Industrial Emissions Directive (IED) entered into effect for the Energy Community contracting parties. These two directives set limits for SO2, NOx and dust emissions from existing power plants and imply that non-compliant coal plants can only be operated for a limited number of working hours, while new ones should comply with guidance on best available technologies and even more stringent emission limits.

In practice this means higher operating costs for existing plants and much higher construction cost for new ones, which makes coal power plants increasingly non-competitive with clean energy sources.  The Energy Community Secretariat makes this very clear in the “Wachau Manifesto”, stating that “this date marks the beginning of the end of the coal and lignite era“.

The Secretariat also underlined that current subsidies for coal-related activities in many Community countries are usually not presented transparently, and need to go through legal assessment according to the State aid criteria of the Treaty, and transferred into support for a sustainable energy transition.

According to the Brussels-based Health and Environment Alliance (HEAL), a non-profit organisation, Western Balkan countries are home to the most polluting coal power plants in the whole of Europe. Annual emissions from the 16 plants (16 GW) in the Western Balkans are almost as high as from the 296 existing plants (156 GW) in the EU-28. Coal power plants in the Western Balkans lead the list of Europe’s top polluters for emissions of particulate matter (PM 2.5) and sulphur dioxide (SO2) and are therefore among the most health harming coal plants.

“Implementing the stricter EU rules on air pollution from coal power plants is a big challenge for the Western Balkan countries – but it is an even bigger opportunity from a health perspective“, explains Vlatka Matkovic Puljic, Health and Energy Officer at HEAL. “Cutting down toxic emissions from coal power plants will reduce heart and lung disease, cancer, stroke, asthma and even reduce the risk for diabetes. Poor air quality affects especially the most vulnerable in society, children, even in utero, pregnant women, older people and patients who are already ill, so political leaders should not waste any time in improving the air that we breathe.”

HEAL’s calculations for the Balkan countries show that cutting down air pollution only from those 16 coal power plants, most of which run on lignite, could result in 6,460 lives saved each year, as well as saved health costs of up to 2,724 million Euro.

Ukraine’s air pollution situation, with its very poor environmental standards and a large fleet of Soviet-era coal plants (14 thermal power plants with total capacity of22 GW), can be even worse and  has yet to be investigated, including cross-border effects. The majority of Ukrainian coal power capacities were commissioned in the 1960s and lack even basic pollution control. Georgia and Moldova also host several coal plants which follow the same pattern.

The energy transition is already well under way globally: last year solar and wind accounted for 70% of all investments in the power sector, while total installed capacity of modern renewables in the world (excluding big hydro) reached 1000 GW, which is roughly equivalent to the power capacity of all of the EU.

To date, the uptake of renewables in South-East Europe has been very limited. This could change, however, now that we see developing countries leading in clean energy investments and renewables becoming universally affordable and increasingly cost-competitive.

As the 2020 targets for renewables and energy efficiency adopted by the Energy Community contracting parties are soon to expire, they have now started a process to establish a new joint climate and energy framework until 2030. This was a key topic for the multi-stakeholder discussions at the Energy Community Sustainability Forum in Vienna on 22 June,  which preceded the Informal Ministerial Council in Wachau.

“Renewable energy and energy efficiency are central for integrated climate and energy policy, as they can deliver 90% of the  overall greenhouse gas emissions reduction,” said Elizabeth Press, Director of Planning and Programme Support at IRENA (International Renewable Energy Agency) in her keynote address at the Forum. She stressed the importance of enabling policies for renewables and energy efficiency as drivers for the energy transition and climate change mitigation. She also underlined that technology and markets for renewables develop much faster than reflected in current energy plans in most countries of the world.

According to IRENA’s assessment South-East Europe possesses vast technical renewable energy potential – equal to some 740 GW. As illustrated by IRENA’s suitability mapping, the region’s wind energy (532 GW) and solar PV (120 GW) potential is largely untapped. Regional analysis provided in a 2017 study reveals that 126.9 GW of the overall renewable energy potential is already available for implementation in a cost-competitive way. By deployingthis potential countries in South-East Europe can advance towards sustainability and solve pressing socio-economic issues – from energy poverty to energy security. Said Press,

“Energy transformation addresses the three major issues, which are problematic today. One is energy access – for everybody to have affordable modern technologies, the second is energy security and the third is employment. Renewable energy tackles all three of them. Every country has indigenous renewable energy  and understanding that potential and developing it actually leads straight into energy security and affordability for people.”

Discussions at the forum also centered on energy poverty, as this continues to be a major challenge in the SEE region. One of the conclusions from the event was that transition towards low-carbon power systems and improvement of energy access should go hand in hand and must be key considerations for the development of new policies in the region.

Some SEE countries are already taking concrete steps. At the Forum official representatives of Macedonia and Albania announced the start of strategic deployment of renewables. Macedonia announced 200 MW of solar and 100 MW of wind, Albania 120 MW and 70 MW respectively.

But the biggest potential is within Ukraine. According to a forecast made earlier this year by Ukraine’s transmission system operator “Ukrenergo”, it is expected that by 2020 the country’s renewable energy capacity can double from the current 1.5 GW to 3 GW.

These developments and IRENA’s overall analysis show that although South-East Europe already possesses a solid foundation to attract large-scale investment in renewables, more needs to be done to ensure a successful energy transition, such as strengthening enabling policies and regulatory and institutional conditions, as well as providing well-balanced support schemes for renewables.

After the entry into force of the Large Combustion Plants and Industrial Emissions Directives, which function indirectly, but effectively, as the first cornerstones for decarbonisation of the power sector, the focus in the Energy Community is now moving towards deliberate integration of climate and energy policies.

The first step was made in 2016, when the contracting parties agreed on the need for new mechanisms for monitoring and reporting greenhouse gas emissions consistent with EU regulations. The countries have already begun improving  their climate statistics and reporting to UNFCCC.

As the next step the Energy Community is going to establish an inclusive process to set overall 2030 targets for new integrated National Energy and Climate Plans (NECPs), which should be developed by the contracting parties and presented for regional consultation in 2020. The NECPs should set three major targets for 2030: share of renewables, energy savings with improved efficiency and greenhouse gas emission reductions.

NECPs are meant to streamline multiple monitoring and reporting obligations on climate and energy, reduce the administrative burden and enhance transparency for all energy actors, while promoting investor certainty. They should address all five dimensions of the Energy Union. They should also set out the direction of national energy and climate policies in a way that is consistent with the commitments made by the contracting parties under the Paris Agreement as well as with other applicable long-term energy and climate targets for 2030.

To support development of the NECPs by the contracting parties the Energy Community has established an international Technical Working Group (TWG) under the Energy and Climate Committee. The first meeting of the TWG took place on 14th June. By the end of 2018 countries should present first results and start regional discussion on future 2030 targets for renewables, energy efficiency and greenhouse gas emission reductions.

The Energy Community Secretariat, in coordination with the European Commission and contracting parties, is also working on a technical study, “Reference Scenario 2018”, which will access possible trends for greenhouse gas emissions and key energy indicators for each country under existing policy frameworks. This scenario will go through public consultation and after its adoption (expected in 2019) will become a baseline for setting 2030 targets and development of relevant policies in the region. It looks like next 12 months will be very busy for everyone who deals with energy and energy policy in South-East Europe.

This article has been republished from Energypost.eu

Oleg Savitsky(@oleg_savitsky) is a climate and energy policy expert and independent journalist based in Kyiv, Ukraine. He is a board member of “Center for Environmental Initiatives, Ecoaction”, an NGO, which works closely with Climate Action Network and CEE Bankwatch Network.