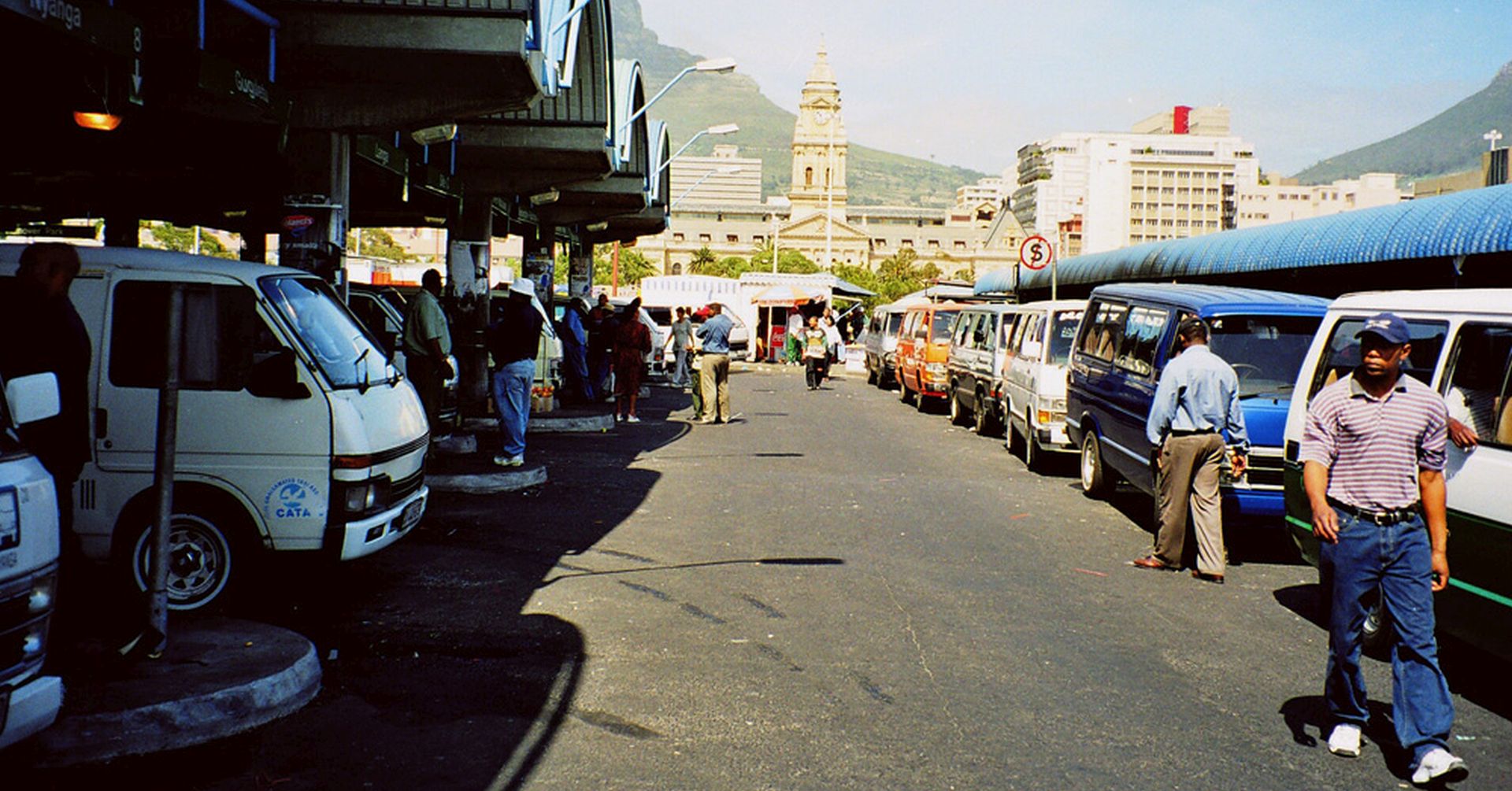 Let’s call her Phumzile – although the interviewers didn’t give her name when they spoke with her. She’s a single mother of four children, and she’s explaining what her average week day is like: she spends nearly five hours travelling to and from work in Pretoria, in the economic engine room of South Africa. But she’s an office cleaner, and so the wages she takes home each month are probably less than the monthly car repayments of the executives whose board rooms she cleans week after week.

She leaves home at 5 in the morning, the report in the resulting National Planning Commission study says. Her journey starts with a 2 km walk to the nearest taxi rank, followed by a train into the centre of town. She’s usually at work by 7:30am. Most nights, she gets home at 7pm.

The cost of this is enormous: the public transport fares eat up 40% of her salary, she says. But more than that, the commute uses up the time she should be spending grocery shopping, cooking wholesome meals for her kids, or helping them with their homework.

We’re all familiar with the environmental costs of today’s urban transport system – air pollution and the associated health costs, greenhouse gas emissions, car accidents, time spent stuck in traffic jams. But Phumzile’s story shows us the cost to those living on the margins when a city’s mobility networks are congested and expensive.

For people like Phumzile, who have so little cash to survive on anyway, to spend nearly half her income on transport is crippling when she also has to budget for food, electrify and water costs, school fees and uniforms, telephone and data, and so forth.

Her story illustrates why southern Africa’s cities need their transport systems to transition to ones that aren’t just low carbon, but are affordable and accessible for the poor.

A few important bits of research have come across my desk recently which highlight the importance of having efficient, affordable, and clean urban transport systems.

A team of urban geographers at the University of Cape Town are just wrapping up a project which looks at urban food systems in southern African cities, and come to an important finding: that informal markets are critical not only in terms of bringing food into our cities, but they also give people jobs, which allows them to earn money that lets them buy that food. And yet city officials often don’t appreciate the value of the informal economy, its supply chains, and the people operating in it.

The result is urban planning that favours shopping malls and supermarkets, and drives out informal traders and their supply routes. Informal transport – including the semi-regulated minibus taxi system – is an important part of this parallel economy which researchers say the state needs to foster. (A book on the subject, Tomatoes and Taxi Ranks, will be on the shelves in October 2018).

There are plenty of solutions to lowering the carbon footprint of today’s urban transport systems. Many of those solutions mean rebuilding existing hard-engineered infrastructure towards a network that

But this will take decades to achieve, at significant cost to local economies.

Smaller cities – so called ‘secondary cities’ that have a population of between about 500 000 and 3 million people – have an opportunity to leap-frog past the development steps that locked bigger, congested cities into their current, and less flexible high-carbon transport networks. These smaller cities are where the bulk of southern Africa’s population growth is expected to happen in coming decades, which means they will see a concentration of development challenges, but also of development opportunities.

Careful city planning and policy making, implemented now, can steer these cities towards much more sustainable transport solutions. National policy that, for instance, boosts an electric motorbike production industry here could be one of the ways of ‘leapfrogging’ past a car-intense transport system, says Prof Anthony Black from the University of Cape Town’s School of Economics.

But for the cities that are already locked into their fossil fuel intensive and congested mobility systems, what’s the answer, until they can be rebuilt to have transport systems that are cleaner and more accessible for the poor?

Ronald Aropet, a civil engineer with the University of Pretoria, made the following suggestions, after last year’s Southern African Transport Conference. Cities need to consider policies that encourage people to leave lower-occupancy cars at home. This could include bylaws that introduce congestion charges on single-occupancy cars, or fiscal incentives that favour car pooling and ride sharing, or deliberately reducing vehicle parking space in city centres. Getting employers to allow for more flexible work hours or working from home can also divert traffic away from peak hour travel.

These kinds of approaches need coordination from local and national governments, and innovation from the private sector too.