Two pioneering solar PV projects in Greece that enable renewable electricity benefits to be shared across local communities are coming under threat from EU rules on renewable energy “self-generation”, Greenpeace has warned. Frédéric Simon of Euractiv takes a look. 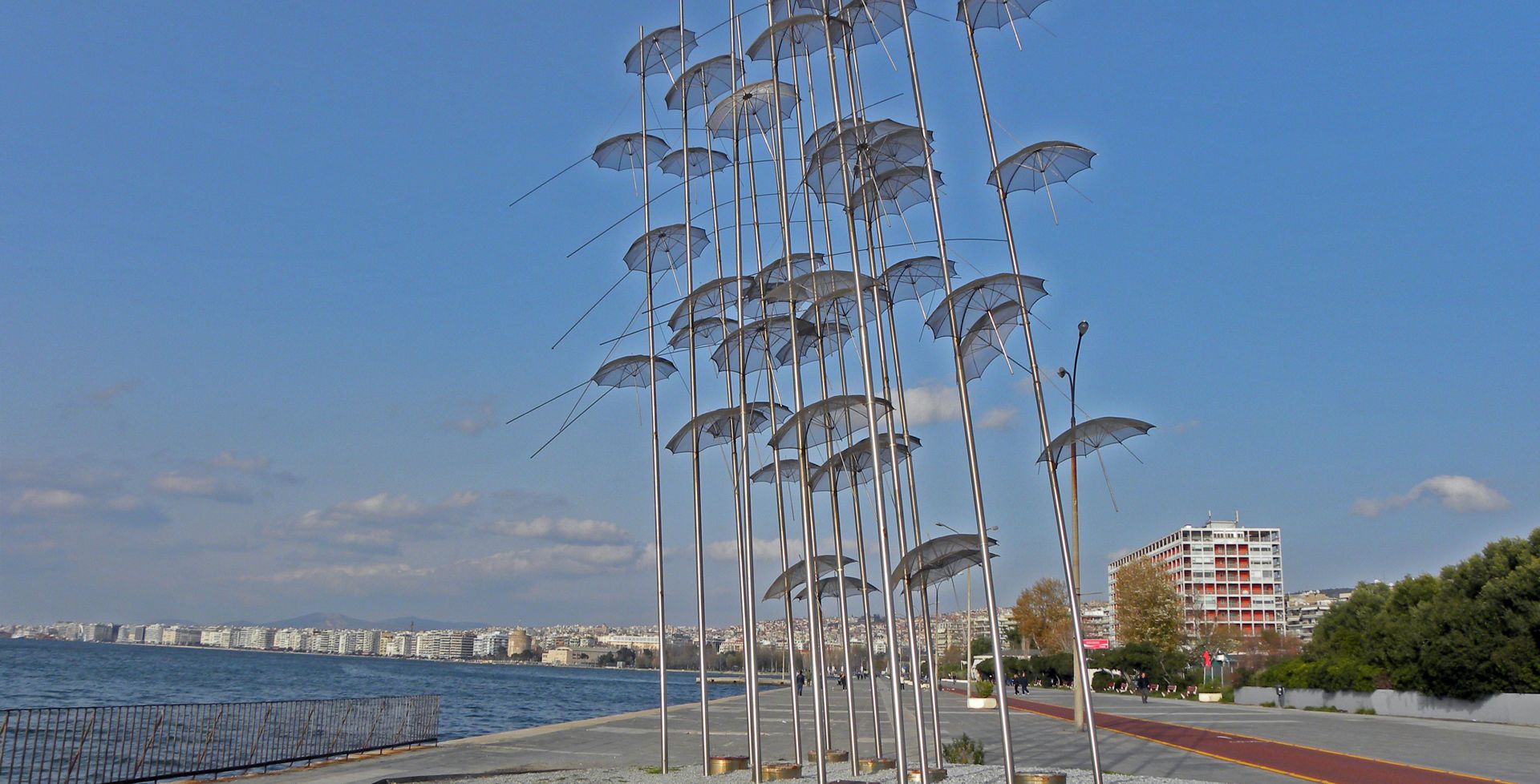 The city of Thessaloniki in Greece has pioneered a novel way of promoting distributed renewable energy production (Photo by EntaXoyas, edited, CC BY-SA 3.0)

The solar PV installation in Larissa is the second project in Greece relying on a system called “virtual net metering”, which allows benefits generated by renewable electricity to be shared across buildings in the same municipality – even though they may be situated kilometres apart.

The first was a 10 kilowatt solar PV system installed on the rooftop of a school in the Northern city of Thessaloniki. Thanks to “virtual net metering”, the power generated by the PV cells can be credited to a hostel further away belonging to the municipality, which houses women and children who are victims of violence.

The Greek government had to design specific legislation for the installation, which was supported by Greenpeace Greece in cooperation with the municipality of Thessaloniki.

The model brings significant savings to the municipalities, which can use the roofs of school buildings to produce solar power, and credit the electricity to other municipal buildings that have high energy consumption – like the city hall, accommodation structures, surgeries and clinics.

“Greece is the first country in Europe to pioneer this novel way to encourage distributed renewable energy production,” Greenpeace said.

But according to the environmental NGO, this will no longer be allowed under the proposed revision of the Renewable Energy Directive, which currently defines renewable energy self-consumption as “electricity which is generated within the same site where it is consumed or sold”.

The European Commission has championed local power generation in its Clean Energy package of legislation, unveiled in November last year.

“Consumers and communities will be empowered to actively participate in the electricity market and generate their own electricity, consume it or sell it back to the market,” the Commission said when it unveiled its Clean Energy package last year.

One year later, it remains to be seen whether this promise will be kept.

Although supportive of local energy communities, the Commission did not specifically include rules allowing “virtual net metering” in its proposed revision of the Renewable Energy Directive. And Berlin has been pushing to make sure small-scale renewable electricity can only be consumed where it is generated, in line with current practice in Germany.

“The definition of ‘renewable self-generator’ has to be clarified in order to avoid a discrediting of the whole concept,” Germany warns in a working paper on the Renewable Energy Directive, sent to the EU Council of ministers.

“The current wording would allow business models of virtually clustering (large) consumers who are not even living close to each other,” Germany writes in the paper, warning: “This would affect the public acceptance for the whole idea of granting exemption to small self-generating consumers”.

An EU source familiar with the German stance said Berlin only seeks to ensure that the costs of the energy transition – the ‘Energiewende’ – continue to be covered under the revised renewable energy directive.

German households that place solar panels on their rooftops currently do not pay charges related to the ‘Energiewende’ and grid maintenance, the source explained, saying this is why the energy producer and consumer “must be the same” in Germany.

However, Berlin does not want to impose this model on the rest of Europe, the source insisted, saying every country should remain free to decide for themselves how to finance their energy infrastructure.

The Greek government, on the other hand, has come out in defence of ‘virtual net metering’, seeing the benefits it can bring to local municipalities. Greenpeace even accuses Germany of trying to undermine ‘virtual net metering’ because “this model is threatening to the large energy corporations who currently dominate electricity production”.

The Council of the European Union, for the time being, seems to be following the German line.

An amended draft of the Renewable Energy Directive (RED II), obtained by EURACTIV, defines renewable self-consumers as “renewable electricity which is generated within the same site where it is consumed or sold”, a definition which fits nicely with the German view.

The Estonian Presidency of the EU, for its part, says Greece should not worry about ‘virtual net metering’, saying the practice will be allowed to continue under the revised directive.

“It is incorrect to claim that the scheme in question would not be allowed under the REDII,” said Annikky Lamp, a spokesperson for the Estonian Presidency. “Neither the Presidency nor the text discussed in the Council are taking a position on a huge variety of support schemes that member states are implementing all over Europe,” she told EURACTIV in e-mailed comments.

Lamp said one of the Presidency’s objectives was to avoid creating an overly burdensome system for national renewable energy support schemes.

Estonia tied electricity talks with digital policy when it took over at the EU’s helm in July. Tallinn has championed the use of smart meters and electricity “aggregators” that can negotiate on behalf of consumers to get a better deal from electricity companies.

In September, it got politicians and industry representatives in Tallinn to sign an e-energy declaration, with the aim of digitising the electricity market even further.

But Lamp insisted that ‘virtual net metering’ had “little to nothing to do with digital tools”, saying it is merely connected to supplying electricity “virtually” – i.e. not on site using wires, but using a virtual accounting method via the electricity grid.

“If in this process normal operation of wholesale markets and market participants’ rights are not violated, and the consumers using ‘virtual net metering’ are being charged for the grid services on a transparent basis, we do not see a problem with it,” Lamp said.

This article was originally published at Euractiv.com

Frédéric Simon is a publisher and editor at Euractiv.com, and Brussels correspondent for France24.