Renovating existing buildings and making sure new builds are fit for purpose are the crucial tenets of the Energy Performance of Buildings Directive (EPBD), which the European Parliament’s industry committee voted on last week. Sam Morgan of Euractiv.com takes a closer look. 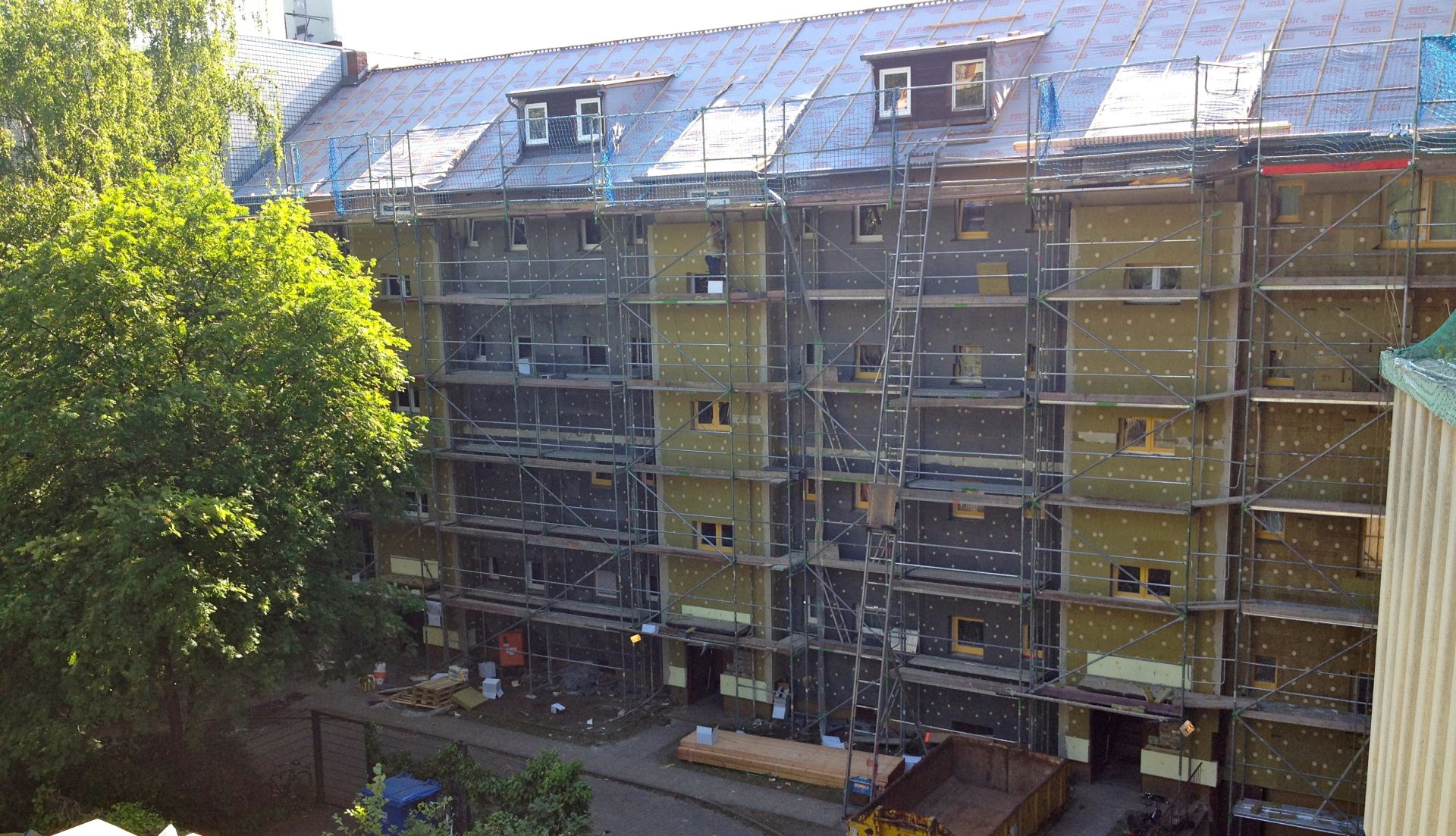 Fitting insulation, just one of a whole host of building performance-enhancing measures, can lead to many benefits (Photo by Marcel S, edited, CC BY-SA 3.0)

On October 11, members of the European Parliament’s Committee on Industry, Research and Energy (ITRE) voted to back the draft report on the directive, penned by Danish centre-right lawmaker Bendt Bendtsen.

The vote comes a month after the environment committee (ENVI) adopted its own opinion on the directive, in which MEPs decided to clarify what “decarbonised building stock” actually means and to put increased focus on indoor air quality.

Bendtsen has managed to put together a draft report that enjoys strong support from all the main political groups.

Building efficiency is playing a crucial role in the EU’s drive to decarbonise the economy, meet its climate goals and improve public health. Inefficient buildings, after all, require more energy and are often detrimental to people with respiratory illnesses.

While the Emissions Trading System (ETS), power plant emissions limits and renewable energy targets are large-scale examples of climate action and efforts to cut energy use, improving building performance is seen as a potentially equally effective measure that is literally right on our doorstep.

Changes in the air

The revision of the directive aims to tap into the enormous energy-saving potential that still remains unused in the building stock, given that annual renovation rates are only between 0.4 and 1.2%, depending on the member state.

A big part of the EPBD revision is the requirement for national roadmaps and strategies, where member states will be obligated to hit certain milestones in their decarbonisation efforts. As each country has different building portfolios, an EU-wide one-size-fits-all strategy was never a serious option.

And it is not just a case of installing a new carpet or better windows either. Europe’s building stock, both residential and non-residential, accounts for 36% of CO2 emissions and 40% of the EU’s primary energy consumption. A grand total of 75% of the stock remains inefficient.

Just 1% of new constructions are nZEB and a recent publication by the International Energy Agency (IEA) warned that this will have to rise to 40% by 2050 if the Paris Agreement’s 2 degrees Celsius global-warming target is to be met.

As things stand, renovations are only carried out when it makes financial sense and when the proper incentives are in place to justify the investment.

Bendtsen told EURACTIV.com that “public money does not solve everything. Private investors need security and energy efficiency projects offer that”.

That is why his report also amended the Commission’s proposal to include ‘trigger points’, where a building’s energy efficiency would be improved at an opportune moment, for example, during a necessary or scheduled renovation, or as part of an agreement between tenants.

There are many synergies between the EPBD and its broader piece of sister-legislation, the Energy Efficiency Directive (EED), which is also doing the rounds in Brussels and Strasbourg.

Lawmakers in the Parliament’s environment committee recently backed a 40% energy efficiency target in the EED, ramping up the ambition of the Commission’s initial 30% legally-binding proposal and the member states’ 27% suggestion.

A 40% target enjoys wide support among building performance experts, as that alone would push renovation rates up to 3% and could create a million jobs, as well as doing wonders for investor confidence and lowering energy imports.

Ambition really is the watchword to look out for in the energy efficiency talks, especially given the results of an in-depth study commissioned by the EU executive into the potential benefits of doing more with less energy.

Cambridge Econometrics essentially found that the higher the ambition, the greater the benefits. For example, research showed that a 40% 2030 efficiency target could increase GDP by 4%, create 3 million new jobs and save €77bn in annual healthcare costs.

They also claimed that a 47% cut in greenhouse gas emissions could be attainable by pursuing the higher efficiency target.

Insulation a day keeps the doctor away

Public health was given top billing in ENVI’s opinion and now ITRE will be expected to follow suit on ensuring it is made a central part of the final legislation.

Renovations are now even being used as a healthcare tool by doctors, in order to improve patient well-being, cut down on the number of appointments and reduce costs. Ireland, for example, is trialling a scheme that provides free insulation to certain people that suffer from respiratory illnesses.

One French group has estimated that an ambitious national renovation strategy could create over 100,000 jobs and cut healthcare costs by three-quarters of a billion euros. This is in addition to emissions reduction benefits and increased security of supply.

Improved building performance also has the potential to play a significant role in increasing Europe’s security of supply, one of the main objectives of the EU’s ambitious Energy Union plans.

Many countries in Eastern Europe face security of supply issues, due to dependence on gas to heat homes and businesses, and a lack of diversity in sourcing their fuel.

According to one recent study, Slovakia and Hungary face a “severe risk” of not being able to provide heating, while Bulgaria is in an even more precarious situation. Energy Union policies, including increased interconnection and an emphasis on diversification of suppliers, are intended to mitigate this, but there is also potential in more efficient buildings.

It is estimated that building renovation could cut gas needs by 70% over the next two decades. Admittedly, the upfront costs involved would run into tens of billions of euros but the end gains outweigh the investment, through reduced fuel bills alone.

The Commission has also seized upon the EPBD revision to push its electro-mobility agenda. In the initial proposal, the EU executive wanted all new non-residential buildings with more than ten parking spaces to be fitted with electric-vehicle charging points.

ENVI’s opinion downgraded that significantly to merely ensuring that the same amount of parking spaces are equipped with the infrastructure needed to eventually install the charging facilities. It is likely that ITRE will back a similar amendment to the proposal.

When EU environment minister agreed on their so-called “general approach” in June, the member states also diluted the EU executive’s proposal. Climate Commissioner Miguel Arias Cañete said it was a “significant reduction” in the Commission’s ambition and claimed that the Council had reduced the scope by 96%.

The Commission will announce its proposals on decarbonising the transport sector on 8 November. It is still unclear to what extent those plans will rely on EV charging infrastructure.

Once MEPs agree on their common position, the ITRE committee will decide whether the file should go to a full sitting of the plenary or proceed straight to trilateral talks.

A meeting of the three main EU institutions behind closed doors during the trialogue process is already pencilled in for 7 November. It can only become law once a compromise is hammered out.

This article has been republished from EURACTIV.com. It has been updated to reflect the results of the October 11th vote.