Various studies on future low-carbon electricity mixes suggest that the least expensive option is one with nuclear along with solar and wind mixed in. But the economists overlook the cost impact of ramping. Craig Morris takes a look. 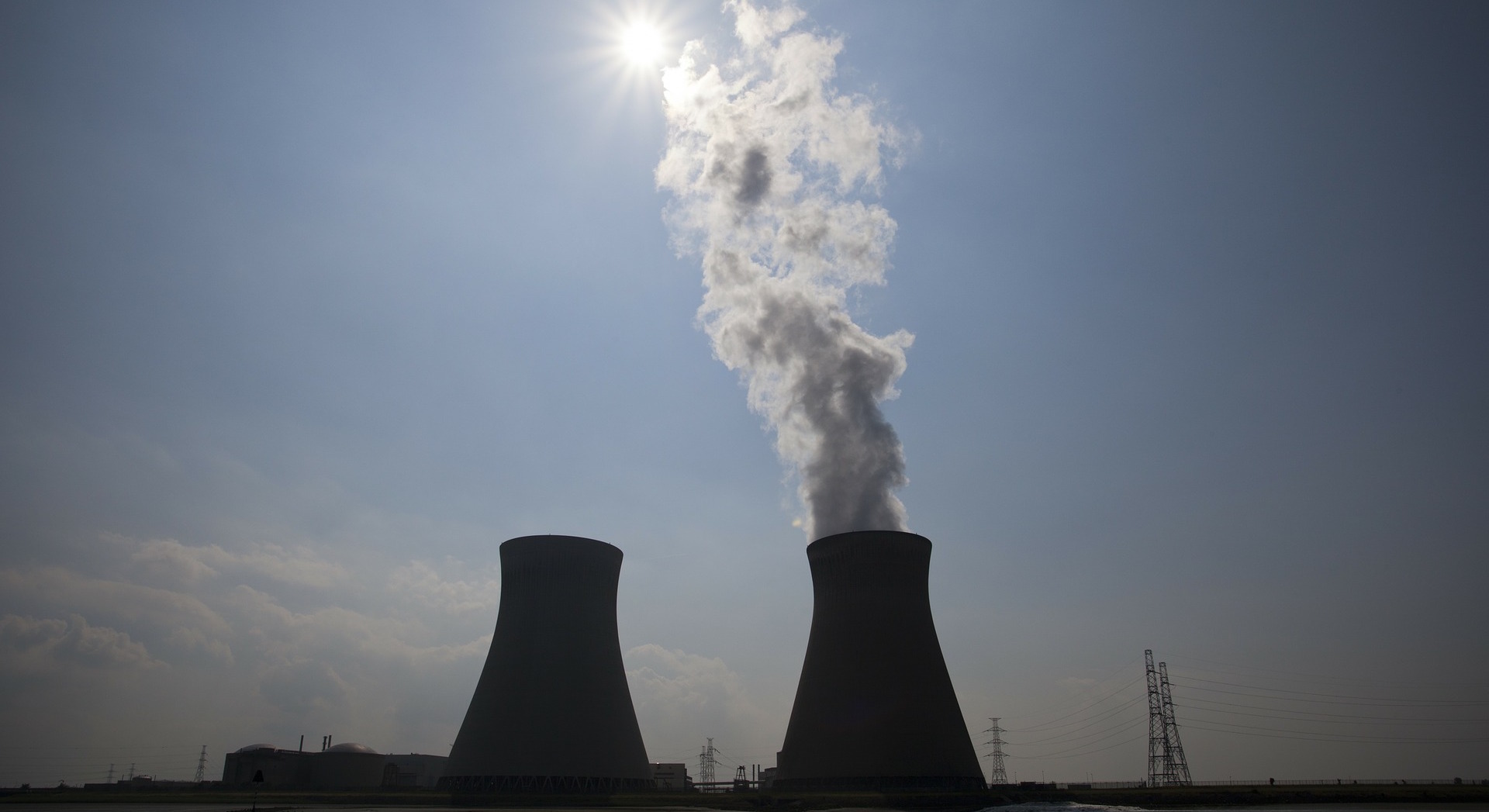 In 2016, PwC produced a 41-page study for the Belgian Nuclear Forum (available in Dutch and French). It investigates three scenarios with the goal of finding the least expensive one: no nuclear, 3 GW of nuclear, and 6 GW of nuclear.

The share of wind and solar power in all scenarios is the same: roughly 28% wind power and 5.9% solar in 2030. In recent years, Belgium has generated around 80 TWh of electricity but imported another 10 TWh, putting demand closer to PwC’s base year figure of 90 TWh. The European transmission grid operator network (Entso-e) puts the share of solar in Belgium at 4.7% in 2015 (see map below) and wind power at 8.2%. In contrast, Febag, the association Belgian electricity and gas providers, has only 3.7% solar and 6.4% wind in 2016. 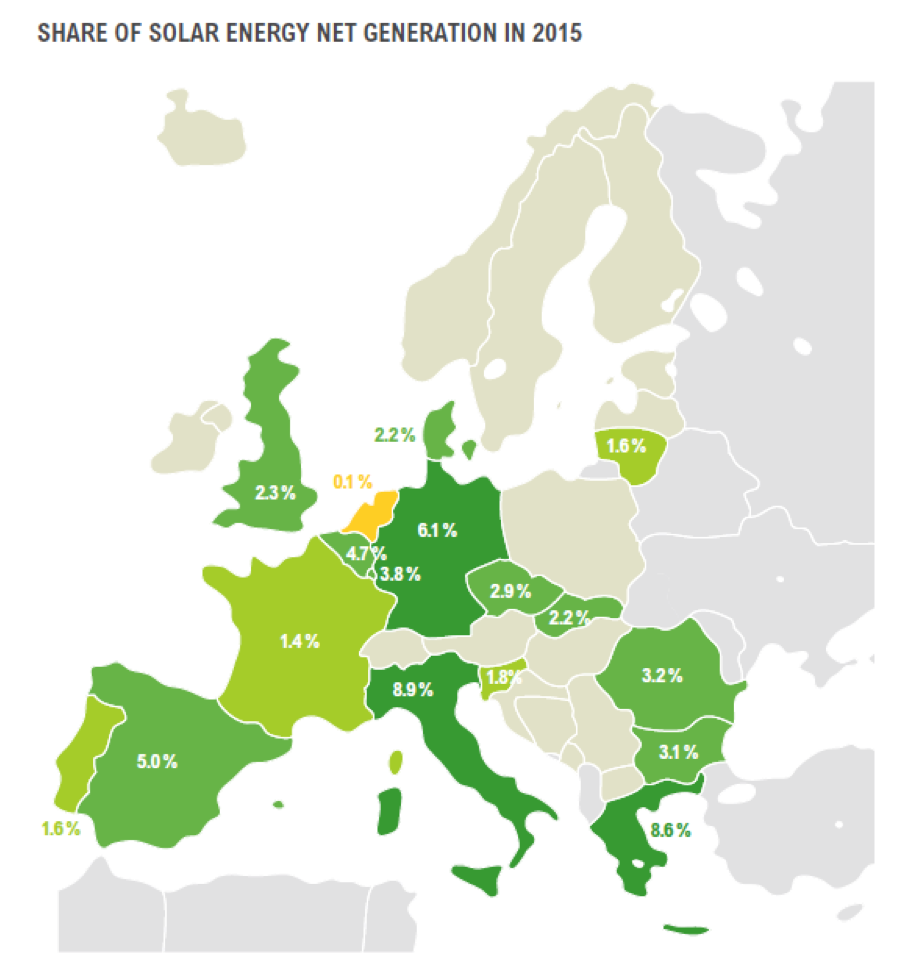 The share of solar power would therefore not be able to double in either case. Though the study does not mention it, policymakers would need to actively prevent citizens and businesses from installing solar if the country is to stay within PwC’s limit. For instance, an investigation in Germany found that the Germans could get around 10% of their electricity from solar arrays on only two thirds of suitable existing rooftops.

But wind power would roughly quadruple from around 7% today to 28% in PwC’s investigation. Wind power peaks regularly at some 1.5 GW, as shown in the chart below for the end of June. 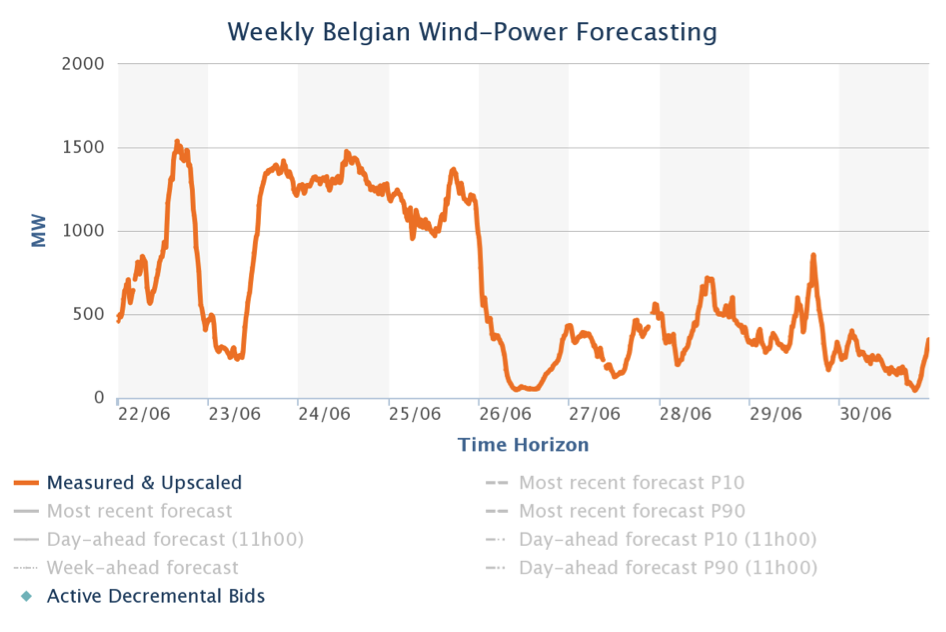 Wind power would thus regularly max out at around 6 GW in PwC’s scenarios, which the study does not explain. The impact would be significant ramping for the rest of the fleet, which currently generates around 7.5 GW.

If natural gas switched off entirely (and if we leave out solar power for the moment), then nuclear would regularly be pushed down to 1.5 GW. The study assumes “third-generation reactors” but adds: “without a determination of whether existing plants are kept online or new ones are added.”

The European Utility Requirements of 2004  (not available online, but you can order them) specify that new reactors built in Europe must be able to ramp regularly down to 25% of output. The latest reactors can already do that, though they don’t on a regular basis. If Belgium has only 3 GW of nuclear regularly ramping to 1.5 GW, that is technically possible; the reactors can ramp by 50%. But 1.5 GW is 25% of 6 GW – PwC’s other scenario – so these reactors would regularly ramp at the maximum of their design ability, and all other sources (solar, hydropower, natural gas, etc.) would simultaneously have to be completely inactive. This scenario pushes the envelope, which the study does not explain.

So the technical discussion is left out. But PwC doesn’t address the impact of this ramping on the economics of nuclear, either. Below, we see that only capital costs, O&M, fuel, waste, and a carbon price are calculated.

Here, we see that capital costs are relatively high for nuclear compared to coal and gas (CCGT and OCGT), but very low nuclear fuel costs compensate for that upfront cost. In other words, nuclear is cheapest when it runs a lot. The weak point in PwC’s analysis is the capacity factor (taux de disponibilité) of 85%, which is already slightly higher than in recent years in Belgium – and significantly above the global average capacity factor. (The expected reactor age of 60 years also remains to be reached by any reactor worldwide.) 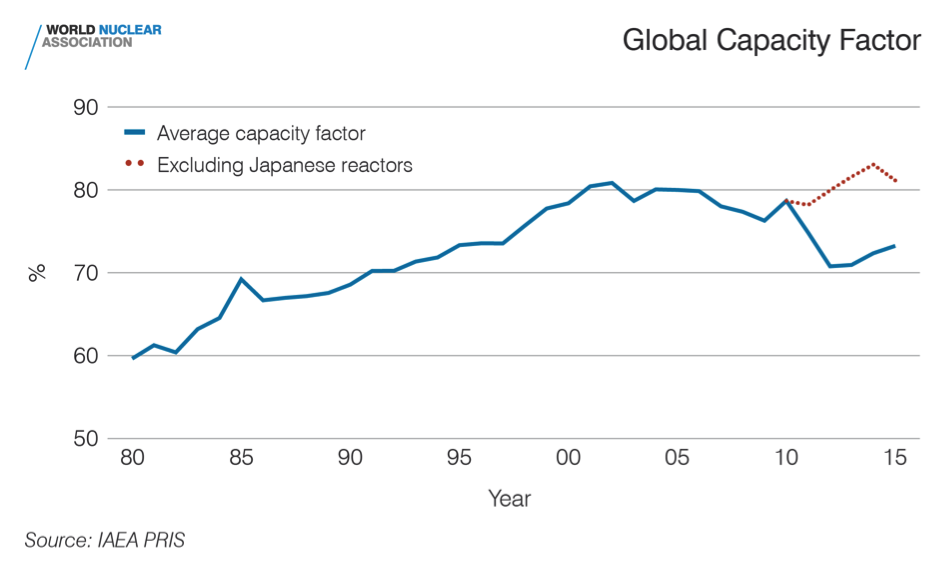 If these reactors have to ramp a lot to make space for wind and solar, nuclear power quickly becomes uncompetitively expensive. In the chart below, we see an assumption (from a different study by IDDRI ) for France in which power from natural gas becomes cheaper just before nuclear is pushed down to a 50% capacity factor. IDDRI’s authors conclude: “It seems hardly economically advisable to prolong the service lives of reactors beyond 40 years if the sole objective is to use them in load-following mode (and hence at a lower capacity factor). Investments in gas turbines would be generally less expensive even as they offer greater flexibility.” 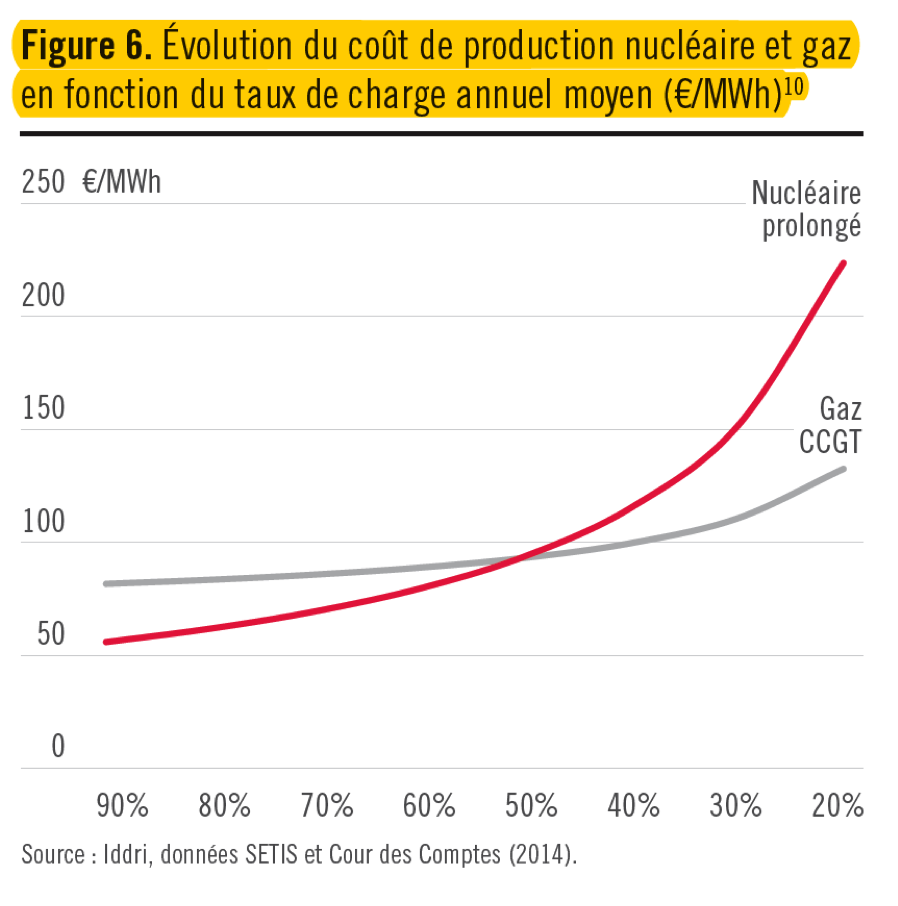 The effect of lower capacity factors is thus significant but completely ignored in PwC’s analysis, which claims that “a mix of renewables and nuclear” would be best. The price of nuclear power is not adjusted to accommodate for a lower capacity factor in the 6 GW scenario, nor is there any calculation of the amount of electricity that would need to be curtailed – and what that cost might be.

We only spoke about wind power above, but it’s worth mentioning that the 5.9% solar in PwC’s scenarios is exactly the amount Germany had in 2016 – along with 13% wind power, roughly half the level in the PwC study. The German example shows (see chart below) that solar power would peak at 30-40% of generation almost every day during the summer months. Now double the green area for wind power, and you see that conventional generation basically disappears twice that month. Nuclear reactors cannot ramp down to 0% regularly; they only do so in an emergency mode. PwC’s assumptions for the share of wind and solar thus completely rule out all nuclear power on a technical basis, a fact the study skirts. The only other option is significant curtailment, which PwC does not investigate either. 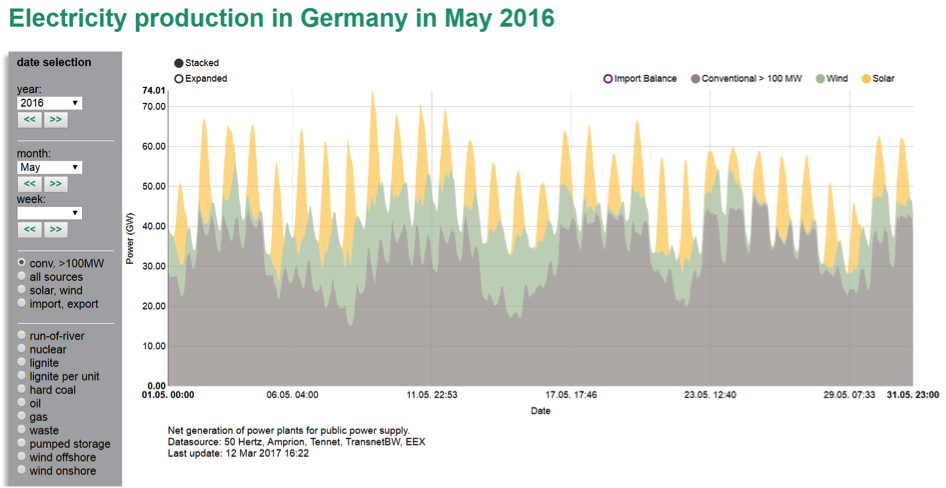 PwC’s study is especially egregious for these oversights, but you’d be surprised how often the price of nuclear is calculated in such scenarios that include wind and solar without any account taken of nuclear ramping. Try this out with peer-reviewed papers: see whether their cost assumptions are simply based on capital cost, O&M, fuel, and maybe a carbon price – but without any adjustment for capacity factors. Even those that speak explicitly of “flexible nuclear,” like this one, do not adjust at all in cost estimates for a lower capacity factor when nuclear ramps (see Table A.1 there).

From the German perspective, lower capacity factors are the most overlooked cost item generally in scenarios for future low-carbon power supply – and yet, this cost impact is the biggest variable. I close with a statement written a few years ago by some leading German economists (PDF):

“The largest single factor {in total system cost} is reduced utilization of capital embodied in thermal plants, a cost component that has not been accounted for in most previous integration studies.”