Ireland has set some important emissions reductions goals for 2050 – but greenhouse gases from agriculture remain a stumbling block. In addition, Ireland’s share of renewables in the energy mix is relatively low. Claire Dupont takes a look at what the country can do to jump-start the energy transition. 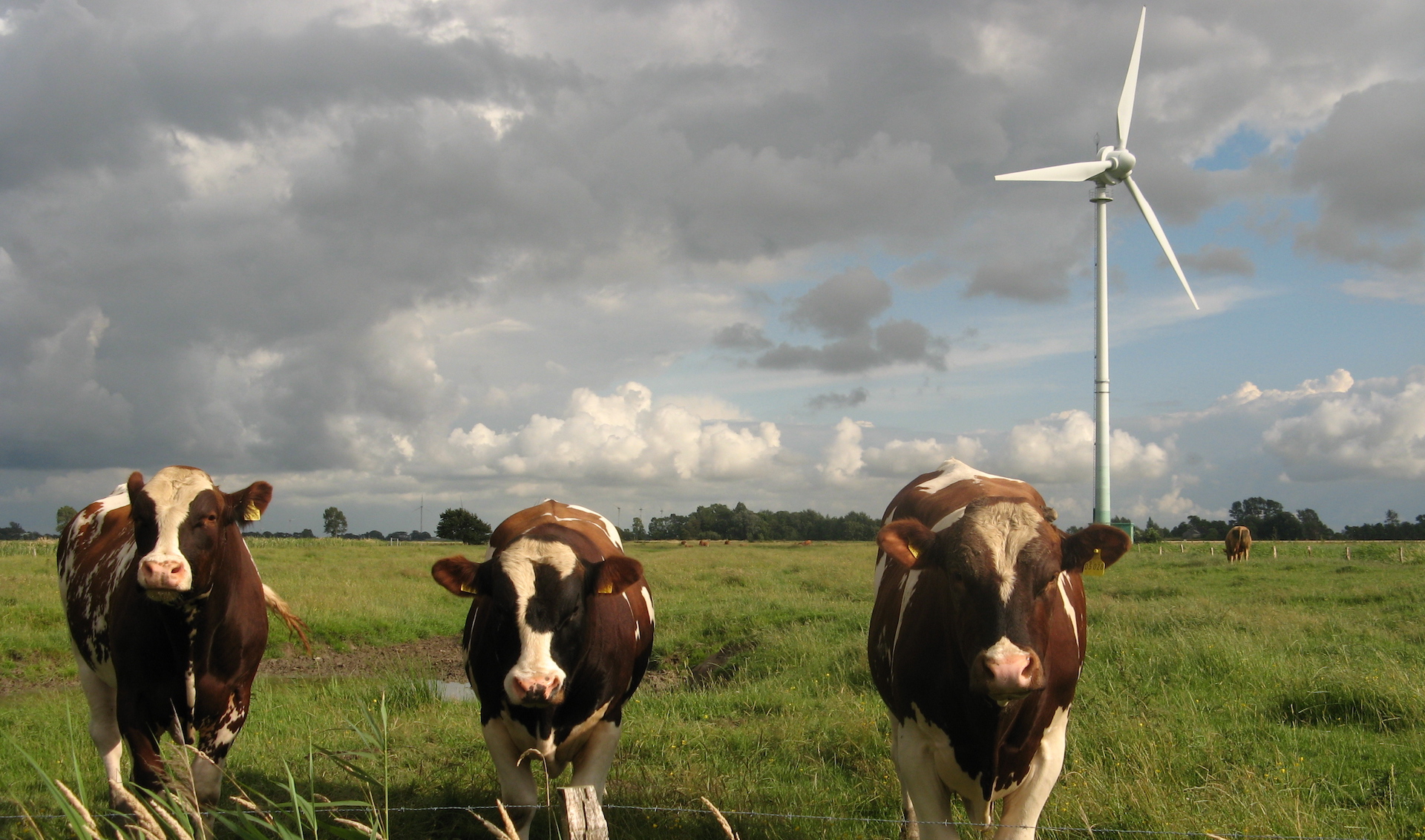 Agriculture makes up a third of Irish emissions – so energy is going to have to decarbonize fast (Photo by Dirk Ingo Franke, edited, CC BY-SA 2.0 DE)

Ireland’s energy sector is set for a transition to a decarbonised, climate-friendly system, if the targets set out by the Irish government are achieved. In 2015, Ireland adopted its Climate Action and Low Carbon Development Act – making Ireland one of a handful of countries globally to adopt such legislation – and promised to transition towards sustainability by 2050.

In July 2017, the National Mitigation Plan outlined what such a transition would mean:

With the agricultural sector in Ireland protected from serious efforts at greenhouse gas emissions reductions (although agriculture counts for nearly a third of total GHG emissions in Ireland), the bulk of the efforts in the transition to decarbonisation will have to be borne by the energy sector.

Transitioning to a renewable energy system has the double payoff of increasing sustainability and increasing energy independence for the country. Ireland is highly dependent on energy imports to meet its energy needs (89% of energy dependence in 2015), but it also has a high potential for renewable energy generation. Ireland’s energy consumption includes coal, and some local natural gas and peat, but renewable energy represents the main option for domestic energy. At the end of 2016, Ireland was among the leading countries globally for total wind power capacity per inhabitant (after Denmark, Sweden and Germany), and a high of 27% of its total electricity generation was estimated to come from wind that same year.

Furthermore, Ireland’s decarbonization and climate agenda has been critiqued for high long-term ambition, but low short-term implementation strategies. The lack of a stepwise implementation plan is jeopardizing the credibility of the transition trajectory, and emphasizing a risk of carbon lock-in if stronger steps towards transition are not taken soon.

The drivers and barriers to a more credible pathway towards sustainability are manifold – political, institutional, structural and economic. Political commitment and adequate institutional structures to promote, support and monitor the implementation of decarbonization are required. In a recent report for the Irish Environmental Protection Agency, Dr Diarmuid Torney outlined several institutional and political strategies to ensure that decarbonization of the Irish electricity sector is achieved. He emphasizes the need for a stronger and more positive decarbonization narrative, for stronger government direction, for better implementation structures, for a better funding framework, and for more research, among others.

The structure of the Irish economy and energy sector also leads to certain drivers and barriers: with high potential for renewables in electricity, heat and transport, but inadequate infrastructure investments to ensure a quick transition; and high (and rising) levels of land-based and agriculture-based GHG emissions shrinking benefits arising from improvements in energy efficiency and increases in renewable energy use. The objective of the 2017 National Mitigation Plan to aim for ‘an approach to carbon neutrality’ indicates a clash of priorities: Ireland’s aim to increase its capacity for food exports by, especially, increasing its bovine agriculture sector sits uncomfortably with climate objectives.

Externally, the Irish energy transition will depend also on several factors that remain to be seen: the evolution of Brexit and the form of the Internal Energy Market, and future technological developments, for example.

High potential exists for Ireland to transition to sustainability, and Ireland has clear commitments for the year 2050. Real progress has so far been slow, however, and the lack of mid-term targets, the clash of policy priorities or low level of political prioritization of decarbonization, and external contexts, raise questions about the credibility of the Irish commitment to an energy transition.

Claire Dupont is a postdoctoral researcher, originally from Ireland, and based at the Institute for European Studies at the Vrije Universiteit Brussel, Belgium. Her research interests include climate and energy policy, and the governance of the transition to decarbonization.