A company called German Pellets has filed for insolvency. As recently as 2013, it was the largest pellet producer in the world. Low oil prices were given as one reason for this development, but that’s not all. Craig Morris reports. 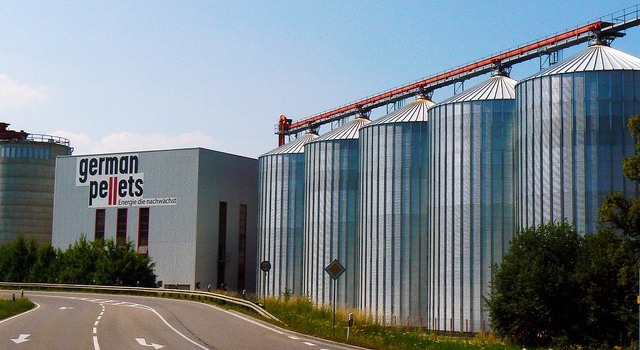 Low oil and gas prices have put renewable heat under pressure – but the problems at German Pellets are to be found in-house. (Photo by Dierk Schaefer, modified, CC BY 2.0)

Recently, I wrote about how the drop in oil prices in 2015 hurt sales of pellet-fired heaters in Germany. Fortunately, Germany adopted severe restrictions on oil-fired heating systems on January 1, which should help renewable heat this year.

But it all comes too late for the company German Pellets. A few weeks ago, the first news items appeared about the company having trouble with a bond. It had offered investors a surprisingly high eight percent return annually (report in German). However, those bonds had already lost two thirds of their value by mid-January. By the beginning of February, the first timber suppliers had publicly announced the discontinuation of shipments to German Pellets, which had failed to pay bills for weeks. On February 9, the company announced it would not be able to cover the bonds (report in German), and the next day it filed for bankruptcy.

Low oil and gas prices have certainly put renewable heat under pressure (remember that Germany uses practically all of its wood pellets for heat, not electricity). But oil and gas prices mainly impact system purchases, not fuel (pellet) consumption; once you have purchased a pellet stove, you don’t simply start pouring oil into it because it’s cheaper. German Pellets acquired KAGO, a manufacturer of pellet furnaces, back in 2010. That company had already filed for insolvency on January 22, and a criminal investigation has now been launched to see if the company delayed insolvency proceedings (report in German).

For fuel sales, the mild winters in the past two years have reduced demand for heat. The top chart below shows that pellet prices have fluctuated wildly since the beginning of 2005, when the German pellet market began to take shape after the introduction of the 2004 Renewable Energy Act. But by 2009, prices stabilized in a zone just above 200 euros per ton until 2013, when they shot up again. Over the past two years, however, pellet prices have fallen back to the pre-2013 level. But the bottom part of the chart is perhaps even more interesting; it shows that demand for pellets rose after the price peaked in 2013/2014 despite the mild winters. People simply were switching to pellet heat. 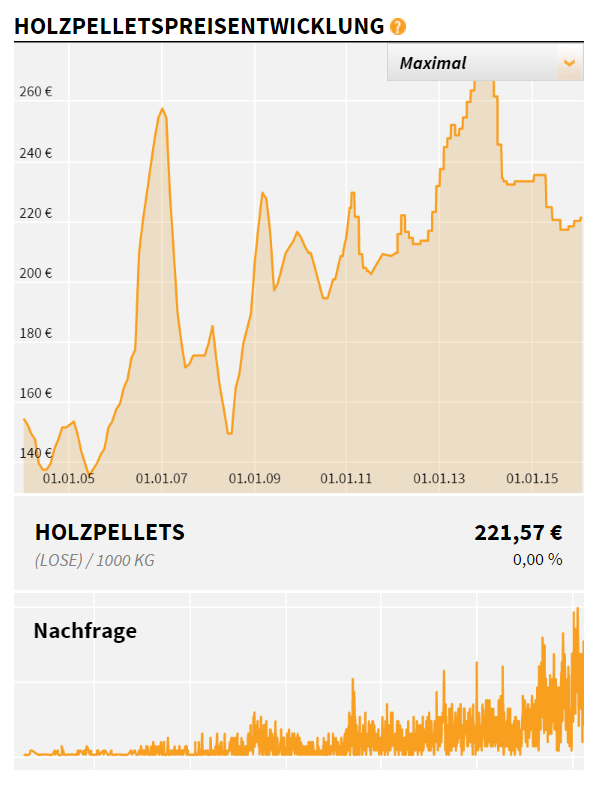 The chart above is taken from an online consumer portal. The chart below, from the German pellet association DEPV, shows production capacity (brown), actual production (orange), and consumption (green) on the German pellet market in the past six years along with a forecast for 2016. Among other things, we see that Germany is a net pellet exporter. 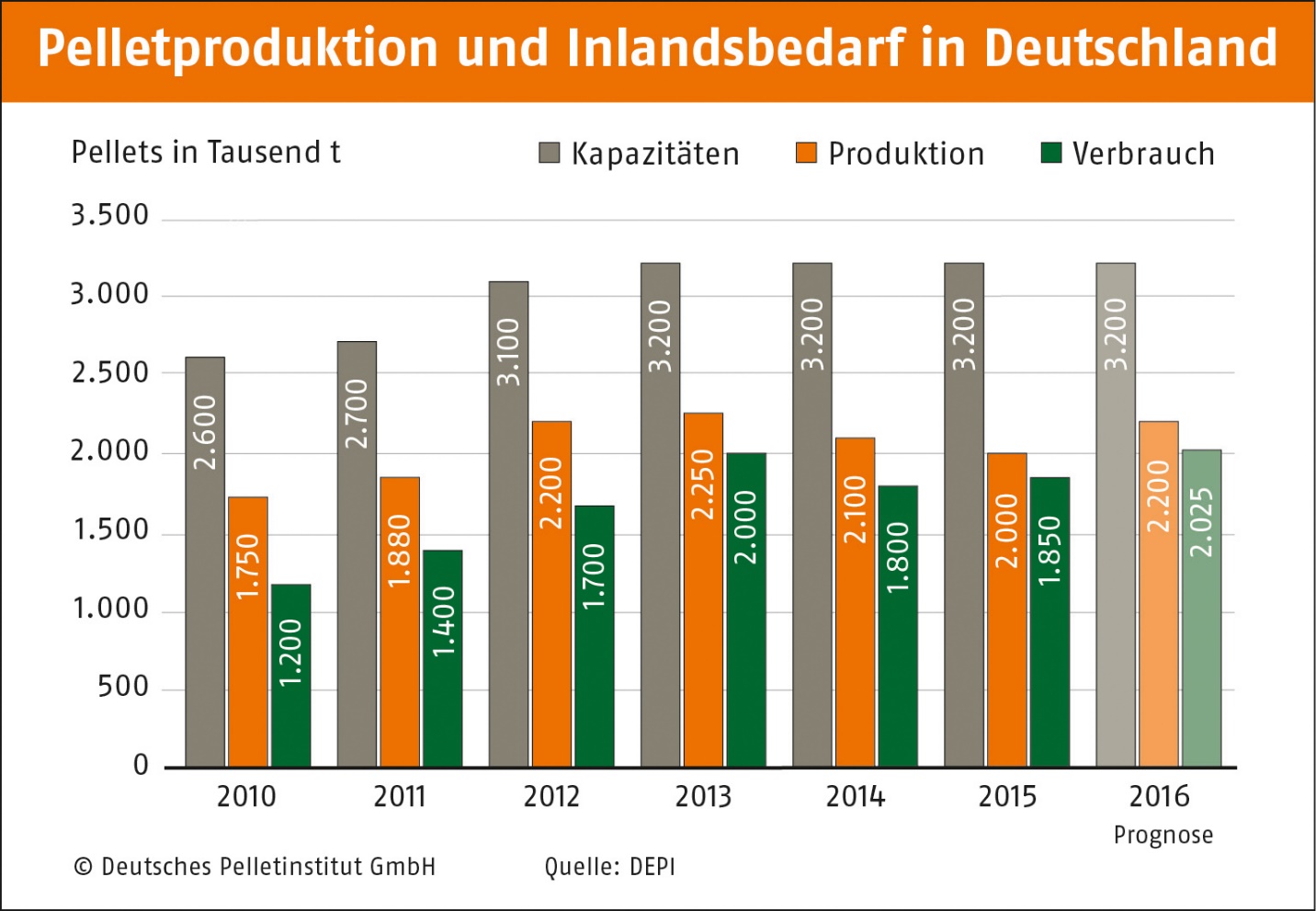 Clearly, production capacity has not increased significantly since 2012, but notice the drop in production of around 10 percent since that year. As a global giant with production sites in Germany, Austria, and the United States, German Pellets was never solely reliant on the German market anyway, but the figures show that the market for German pellet producers has been tense, but not disastrous, over the past four years.

The problems at German Pellets are therefore to be found in-house. The German newspaper Süddeutsche Zeitung reports (in German) that the firm had issued an unusual volume of bonds in the past few years and may have engaged in a Ponzi scheme, issuing new bonds to cover the old ones.

How will the insolvency of German Pellets affect the German pellet market? Aside from those investors and business partners who will lose money, the firm’s competitors now have larger shares of the market, so business looks good for them. It is also likely that the facilities of German Pellets will be taken over by some of these competitors.

German Pellet Association DEPV reassures consumers that there will be no shortfall in pellet demand and says that the insolvency of German Pellets might be the result of “the German market not growing as fast as the company’s business model required.” It therefore calls on the government to ensure that the market for renewable heat from pellets continues to grow. “Without modern wood fuels, the Energiewende is not possible in the heat market,” the head of DEPV explains argues. But it’s also true that company executives need to design realistic business plans that at least ensure survival on a market that has been as stable as the charts above indicate.