In 2004, Germany adopted a target of 20 percent renewable power by 2020. Critics thought it would be hard to reach. But five years before that deadline, renewables rarely fall below the old target, which has since been raised. Craig Morris takes a look. 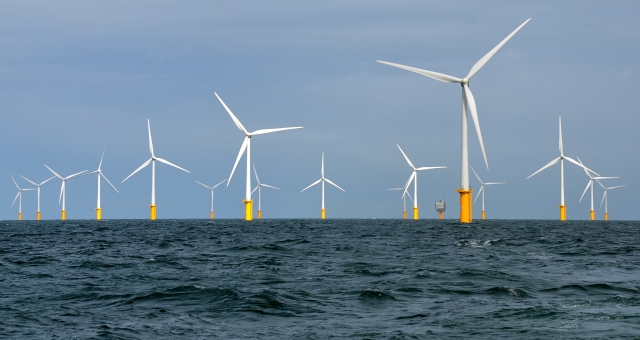 The level of 20 percent renewable electricity production – once thought hard to reach by 2020 – has become hard to fall below in 2015. (Photo by Hans Hillewaert, modified, CC BY-SA 4.0)

In 2014, Germany posted a record for wind power production at over 29 GW. The new record from mid-November is thus a full 10 percent higher at 32.6 GW. On the day of the new record, conventional power plants were pushed down to 25 GW of production – and that figure includes around 10 GW of exports. Without those exports, these plants would have needed to ramp down to 15 GW, a level they cannot even go to because the collective must-run level of the German conventional plant fleet is closer to 20 GW. 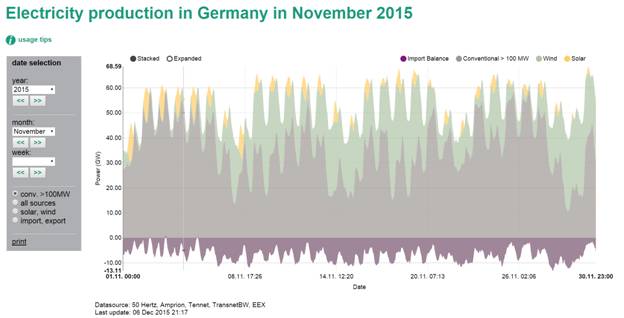 German journalist Daniel Wetzel points out that fossil-fired plants in Austria had to ramp up to stabilize the grid as a result (report in German). In order to stabilize the grid, more generation needed to come from the south. The situation has been going on since at least 2011, though Germany could have ramped up gas turbine in Bavaria at the time – and did not. Obviously, some market signals were not working properly. At any rate, Wetzel puts the financial burden of all these dispatches at around 500 million euros for 2015.

But that’s not the whole story, as German IT specialist and blogger Thorsten Zoerner points out (in German). After taking a look at the specific re-dispatches, he found that the number was only a third higher than on average, which begs the question of why the grid operator spoke of an “emergency situation.” Furthermore, lignite plants in the north (Lausitz) were forced to ramp down, while the Bavarian gas plants that were not switched on in 2011 kicked in this time. “Clearly, [the storm] Iwan had a positive effect on greenhouse gas emissions,” Zoerner concludes. 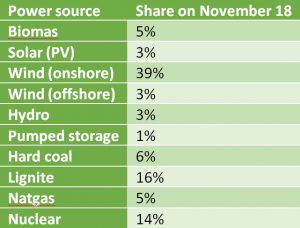 On November 18, renewables made up 56 percent of power supply over the entire day.

Of course, the emissions from the fossil fuel plants in Austria will be reported as Austrian emissions, not German emissions. If that seems unfair, consider that German power exports will reach a new record high this year. In the end, it is unlikely that anyone will sit down and calculate how much carbon emissions were shifted from Germany to Austria on the day of the Iwan storm (November 18) – after all, no one has done so for Germany in power-export year 2014 either, even though power sector experts all agree that foreign demand for German electricity directly increases conventional power production.

Most of all, such events are what is in store for the conventional power sector, which will increasingly have to ramp down for “spiky” wind and solar power. The good news is that, when hydropower and electricity from biomass are factored in, renewable electricity rarely falls below 20 percent of power supply over a 24-hour period. The chart below (from Zoerner’s website) shows the percentage of renewable electricity in the 30 days preceding December 7. The lowest daily share of renewables came in at 17 percent on November 25. Back in 2004, Germany adopted a target of 20 percent renewable electricity by 2020. This year, it will have closer to a third renewable power, close the new target for 2020, which now stands at 35 percent. Moreover, the level of 20 percent – once thought hard to reach by 2020 – has become hard to fall below in 2015.

If that isn’t a positive note with which to end the year, I don’t know what is!