The main message of Pope Francis’ encyclical Laudato Si has not yet reached many parts of Polish society. These days, diplomats in Paris are trying to agree on an international treaty which would combat global warming. Around the world, thousands of green initiatives have been created. Secular, clergy, leftists and right-wing groups increasingly realize that climate change is not an invention by freaky scientists, but that it is in fact one of the biggest challenges to our societies of our time. Michal Olszewski explains. 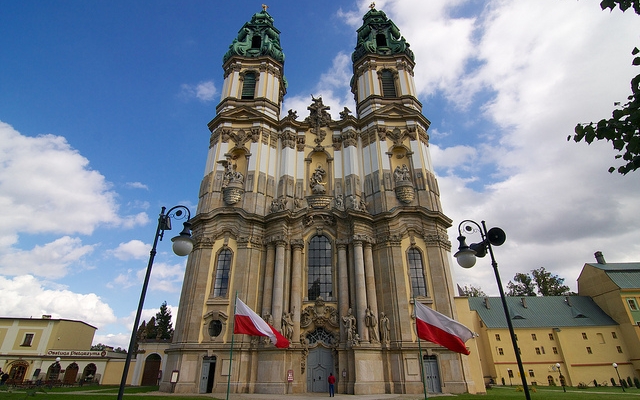 The Polish Catholic Church is not taking part in the ecology discussion, why? (Photo by Paweł Witan, modified, CC BY-NC-SA 2.0)

For many Polish priests, the ecology issue is synonymous to anti-Christian beliefs. They see the issue driven largely by leftists, so-called “eco-terrorists”, supporters of abortion and euthanasia. As a result, the issue is met with strong resentment and fear. I recently spoke with the head of one of the most influential conservative think tanks in Poland: he quoted Russian Christian philosopher Vladimir Soloviev, who claimed that the Antichrist would be dressed in Green. When the dispute over the Rospuda Valley began (a unique place in eastern Poland, where the government tried to build a new road), a priest from one of the local parishes wanted to ring the bells of his church to warn against the protesting ecologists. Ridiculous you may think, yet that is how our Polish Catholic Church looks at sustainability issues. Influential Polish priests recall that Hitler was himself a vegetarian and that he loved animals (hence: vegetarians and the animal rights movement are suspicious, too). Furthermore, these priests see many parts of the West, instead of being protecting life, to be promoting the protection of the environment. They believe that life and the environment stand in clear contrast to each other. And there are many more examples of this deep mistrust towards the ecology issue – one of the most severe crises of our time.

Tying together the protection of creation and the Christian message has never been the aim of the Polish Catholic Church. In fact, it has never showed any real interest in protecting the environment at all. As such, there has never been a green trend inside the Church to combine theological reflection with environmental protection. Father Waclaw Hryniewicz, a Catholic priest and one of the most important theologians in Poland, who pays attention to the brutal relationship and the clear disconnect between humans and nature in his works, is almost considered an outsider to the Polish Catholic Church. The movement of St. Francis of Assisi, one of the very few Catholic groups that deal with environmental issues, counts only a few fellows in Poland at this moment. Besides that, only a few Polish priests get involved in pushing for greater environmental responsibility.

What is the reason for this distrust? Most of our Polish theologians, bishops and priests explain the Bible phrase “fill the Earth and subdue it” in an old-fashioned and backward way: Humans are the most important creatures on Earth and have the right to live and act as kings. Resources are here to be used. Despite the fundamental shifts in the Popes’ teachings (the Polish Pope, John Paul II, used the metaphor of “host” and “guardian”), the Polish Catholic Church does not want to admit that humans are conquerors or a threat to the Earth. Ecologists, who try to condemn greed and consumerism at the expense of nature are regarded as enemies of Holy Bible and therefore by all Catholics. That is why the last encyclical Laudato Si by Pope Francis caused confusion among many Polish Catholics.

On the other hand, the Catholic Church accepts technical breakthroughs that decrease electricity or gas consumption. Churches could themselves play a much bigger role in energy conservation: Church buildings require massive amounts of energy for heating and could significantly contribute to a reduction in energy for heating. Priests already install efficient heat pumps, solar collectors and photovoltaic panels in their churches. In the South of Poland, the first passive-energy church had been constructed: here, energy consumption is seven times less than in conventional churches, and isolation is so good that no heat is wasted. A full record of similar activities does not exist, but their number goes into the hundreds certainly. These examples show that renewable energies and energy efficiency can have positive impacts on church budgets and at the same time offer clear benefits to the environment. To summarize: priests use technology to make buildings more efficient and sustainable. But it does not change their attitude towards ecology generally.

In conclusion, there is a clear divergence between the Polish Catholic Church and many environmentalists. It is hard to imagine how these two groups could reach a compromise on combating climate change and the very emotional issue of demography (on the one hand Poles believe that the biggest environmental problem is overpopulation, on the other, they see any attempt to reduce birth rates as immoral). I am not calling for priests to start preaching about renewable energy, carbon emissions or hydroenergy. But they should at least call for moderation in consumption, energy savings, a general respect for nature, and they should indicate that consumer choices are related to deep-rooted ethical and moral issues. They should stress that greed and acting against nature have nothing in common with God’s visions for this Earth. The Polish Catholic Church does not do this yet. Do they really still believe the devil to be green?