The Rocky Mountain Institute (RMI) recently deepened its investigation into retail and commercial power customers using solar and battery storage instead of the grid. Craig Morris says the study is especially useful because it shows utilities that fighting the trend will only make things worse. 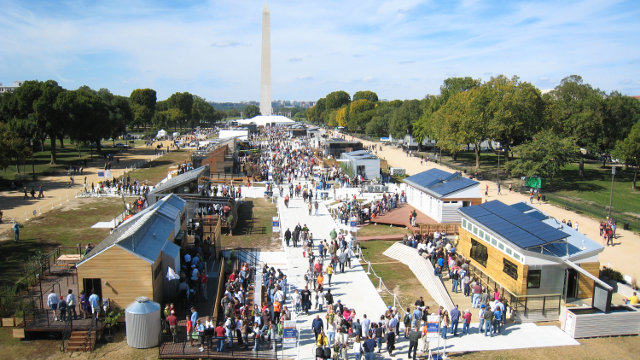 A specter is haunting the power sector – grid defection. In its recent study, RMI shows that, depending on your local power rate, getting electricity from the grid is the cheapest option in a shrinking number of areas in the US. By the beginning of the next decade, a grid connection in combination with PV will be the best option practically everywhere. 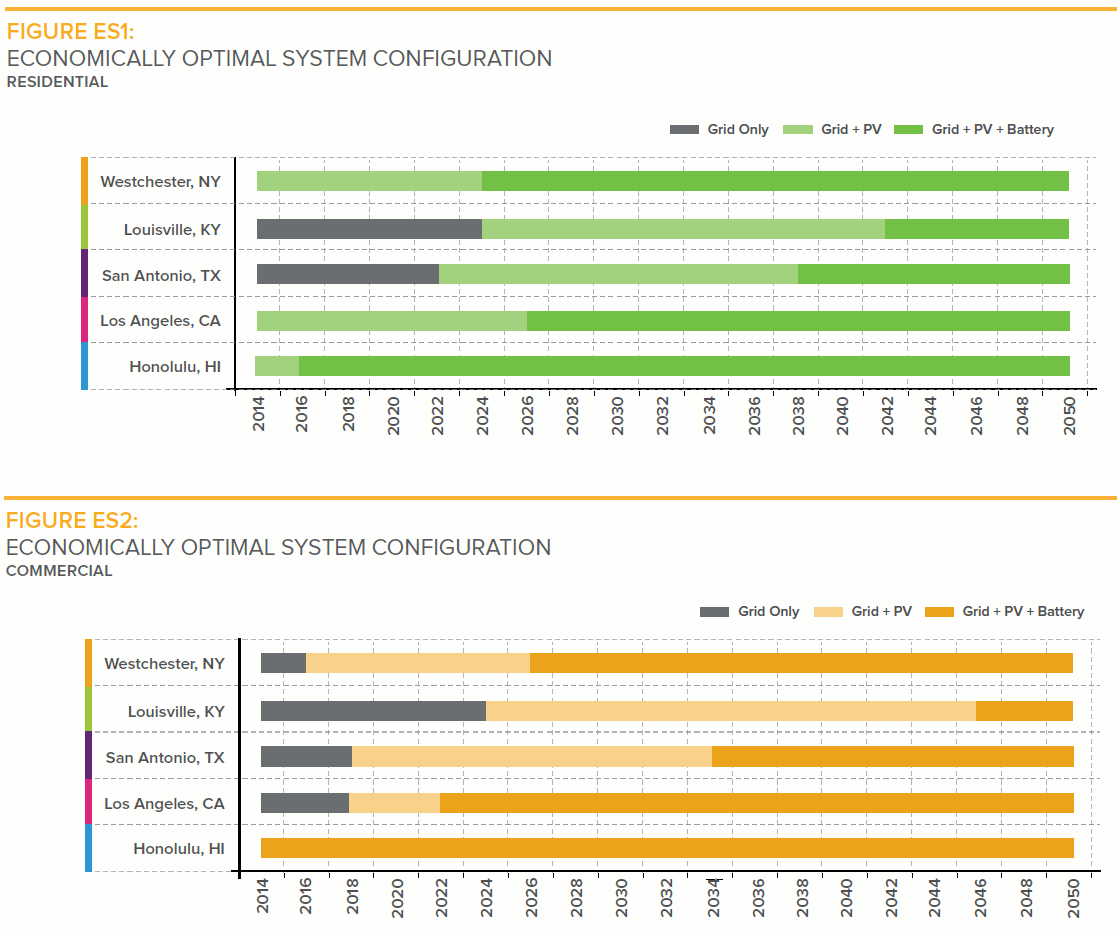 The next step will be battery storage, which will allow people to become far more independent even if they retain a grid connection. The result will be dwindling revenue from lower power sales. The question is then how we will continue to pay for the fixed costs of the grid, which practically everyone will continue to use, though less intensively.

RMI’s study essentially encourages utilities to keep people hooked up. Full grid defection means that people will add enough storage to be independent of the grid. The result would be a vicious circle; as the fixed grid costs are spread across a smaller number of ratepayers, the incentive to go off-grid only grows. And yet, the grid has been an enabler for the energy transition up to now; it is not our enemy. So how can we defend it?

The authors at RMI argue that utilities will speed up this vicious circle if they try to stop the trend. Numerous regulators and utilities in the US, for instance, want to add or have already added a special charge for solar homeowners. Ten years from now, when battery storage is much cheaper, homeowners will take this extra charge as an incentive to leave the grid altogether; the money they save by not having to pay the extra connection fee can be put into the extra battery storage and/or solar panels needed to go completely off grid. 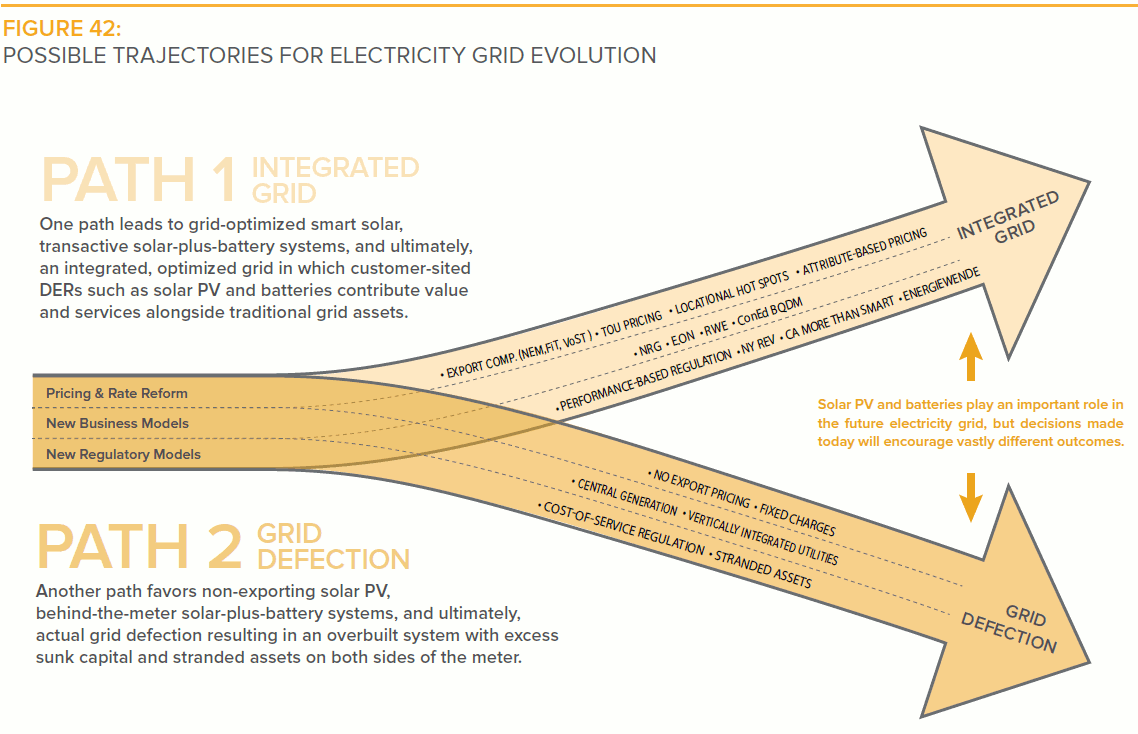 Though the paper states that a follow-up report will investigate specific recommendations for utilities further, this study already argues that utilities need to embrace this change and not fight the inevitable. Customers may adopt a wait-and-see approach while utilities make it harder to install grid-connected PV, such as by getting rid of net-metering. Utilities and regulators may briefly view the forestalled grid defection as a success only to witness a massive wave of change when a tipping point is reached and customers realize that solar + storage is cheaper than the grid. “Grid-connected solar-plus-battery systems will gradually but ultimately cause a near-total load loss even in net metering’s absence,” the authors explain.

In short, the way many US utilities are reacting to residential and commercial solar will quickly worsen the utility death spiral. RMI calls on today’s power providers to work with prosumers to produce an integrated grid rather than an abandoned infrastructure. Utilities could benefit from solar customers by arranging power storage to accommodate the grid needs rather than each household’s consumption, for instance.

The paper points out that all of this change is happening extremely quickly, especially given the 30-year timeframe of many assets in the power sector. It is all the more urgent for utilities to heed these recommendations, and we look forward to more specifics and the follow-up report.

For other countries, the potential of complete grid defection mainly depends upon the ratio if summer to winter power demand. Countries like Germany, with greater power demand (and far greater energy demand) in the winter, will hardly see full grid defection on a large scale in the foreseeable future. So your mileage may vary.