Last week, the 18th International Passive House Conference took place. As the long tradition shows, this approach to architecture is nothing new; it was a proven success in the 1990s. The building sector unfortunately has not proactively adopted the Passive House Standard, choosing instead to wait until EU law essentially requires it at the turn of the next decade. Craig Morris investigates.

Passive Houses architecture a niche for residential buildings? Think Again! Even office towers can be built according to the Passive House Standard, as the RHW.2 office tower in Vienna proves. (Photo by Raiffeisen-Holding/Manfred Burger)

In northern Europe, demand for heat makes up around 40 percent of total energy demand. Some of that is process heat for industry, but a lot is space heating – not only residential, but also commercial. Passive House architecture can nearly wipe out that demand entirely.

The Passive House Standard is roughly what the EU will implement for various new buildings in or around 2020 (depending on building type); the EU’s name is “nearly zero-energy buildings” (PDF). This standard will reduce energy demand for space heat by roughly 75 percent below current building standards. Did I mention it has been around since the 1990s?

Indeed, Passive House architecture can even be used to offset demand for cooling in the hot regions, as presentations at the conference have repeatedly shown over the years. Furthermore, the focus is increasingly on renovations, an important step since the built environment largely already exists throughout the industrialized world. Numerous examples have been provided over the years for all kinds of projects, including some that did not completely succeed; they are among the most interesting reads, because you learn why.

Unfortunately, the website for the event does not directly allow you to order the conference proceedings (which are available in English – disclaimer: I have directed the translation team over nearly the past decade), but you can find them here.

The organizers have put up an impressive collection of Passive House projects for this year’s conference, which you can browse here (scroll down past the first few images of people). One frequent – and completely unfounded – complaint is that, Passive House architecture looks bad. In reality, as these photos clearly illustrate, Passive House does not look like anything in particular at all; these buildings are all completely unremarkable in the sense that their energy efficiency is not visible. And though beauty is in the eye of the beholder, I’d say all of the buildings in that collection look pretty awesome. 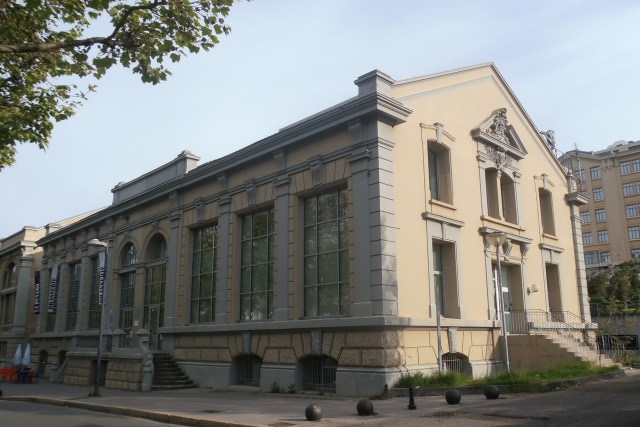 While you are browsing through the old conference proceedings, make sure you have a look at the cost discussion. One common concern about Passive House is that it is too expensive, but experienced architects and builders repeatedly find that the added cost is minimal – if there is any at all.

One of the most interesting presentations this year came from the German Sustainable Building Council (GeSBC), which pointed out that Passive House does not take account of the energy that goes into the construction of a building. The paper showed what a tremendous difference it makes if you build with concrete instead of, say, timber, with timber providing a much faster energy payback – the energy input during the production of concrete is simply too great. It will be interesting to see whether the discussion is increasingly broadened to include the entire building cycle. The inclusion of the GeSBC’s comments in the Passive House Conference is a sign that the Passive House Institute is open to the discussion.

Note that the conference changes venue each year. In previous years, it has been in Dresden and Innsbruck, and it was in Aachen this year. The press release and website do not indicate where next year’s conference will be, but if you are interested, why not contact the Passive House Institute and propose a venue near you?