A proper analysis of the composition of German electricity and the effects of renewables is often difficult to conduct as contradictory interpretations clash. Guest Author Paul Gipe from Wind-Works.org takes a step back and looks at the most recent data from a long-term perspective to shed some light on the developments caused by the energiewende.

The electricity mix in Germany is getting greener. (Photo by Daniele Civello, CC BY-NC 2.0)

Apparently my article last October documenting the growth of renewables in Germany while nuclear generation continues to decline got under the skin of pro-nuclear bloggers.

So at the request of a reader, I am updating my charts on the electricity mix in Germany from 1990 through 2012. These charts are from public information, easily accessible with rudimentary German. 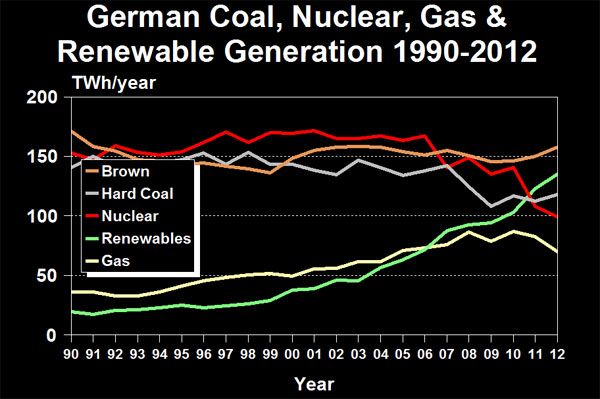 As can be seen, renewables continue their steady increase. No surprises there. Hard coal arrests its decline and there’s a slight uptick in brown coal generation. 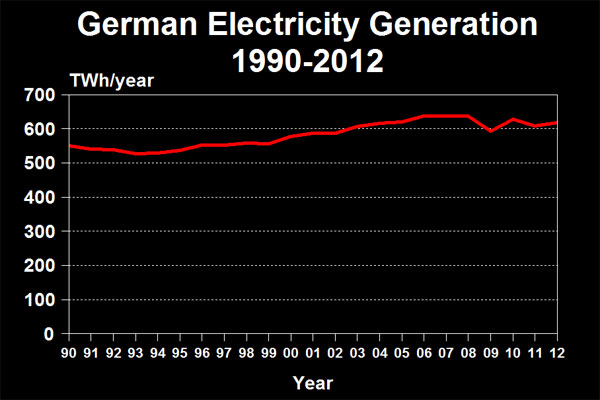 Total generation of electricity in Germany remains relatively constant at 617 TWh in 2012. 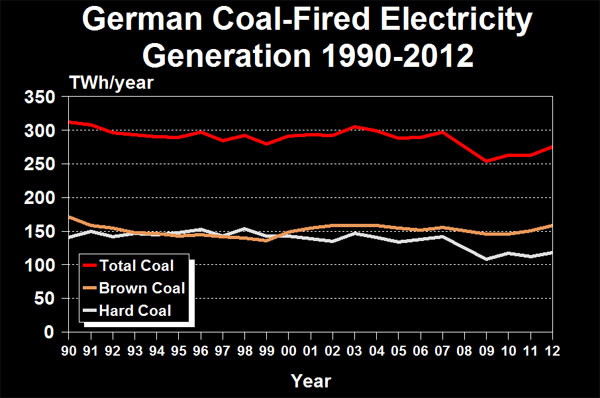 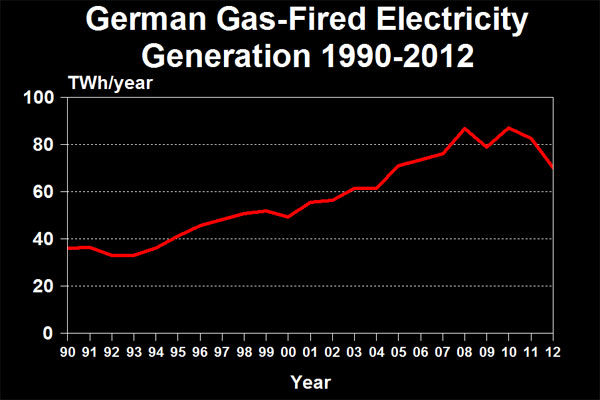 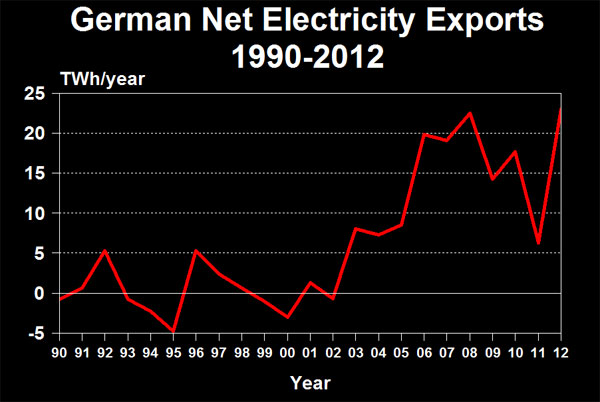 Now on to the oft-repeated but never substantiated charge that Germany may be phasing out its nuclear plants but it is just turning around and importing nuclear-generated electricity from France. There was concern that German electricity exports would continue their fall from 2011, but that appears unwarranted. German exports of electricity surged in 2012. Net exports reached 23 TWh in 2012 for nearly 4% of total generation. 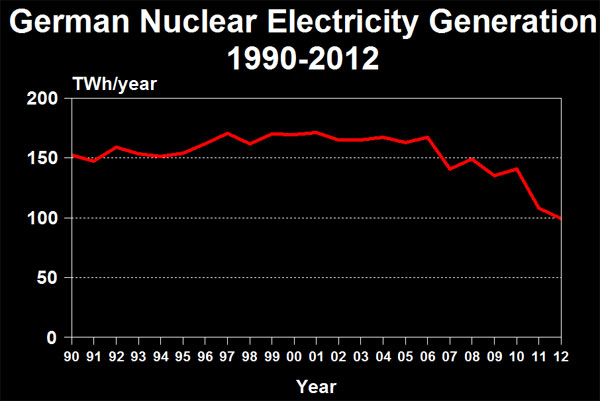 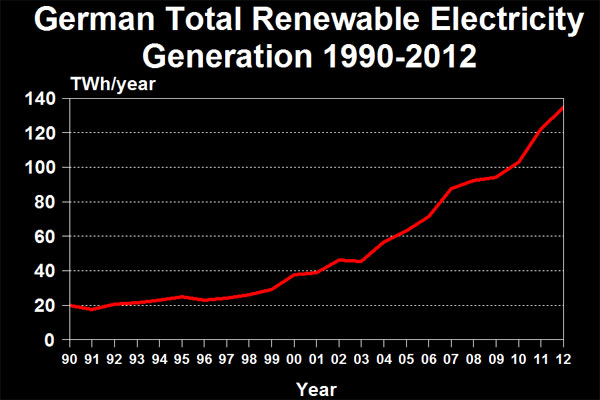 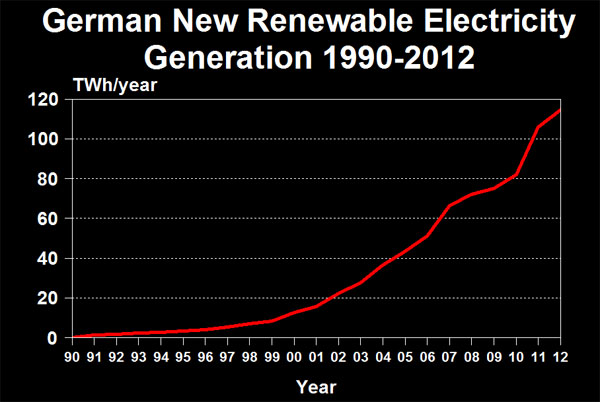 New renewable generation continued its remarkable growth in Germany in 2012, reaching nearly 115 TWh. Most growth has taken place since the country introduced a modern system of feed-in tariffs in the year 2000. New renewables now compares with the generation from hard coal and exceeds that from natural gas, nuclear, oil, and existing hydro. 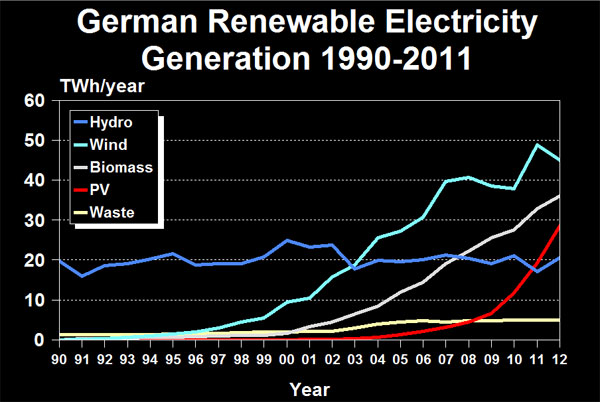 Solar photovoltaics (solar PV) continued its meteoric growth in 2012. Solar PV generated 29 TWh in 2012 or nearly 5% of total generation. Wind accounted for a little more than 7% of generation and biomass provided nearly 6% of generation. 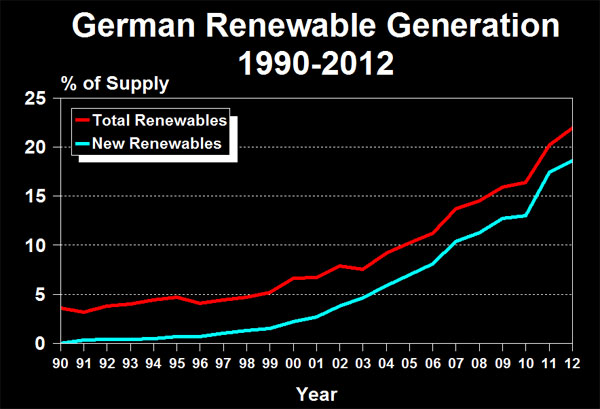 These comparisons are based on total generation and may not compare to other reports comparing the contribution of renewables to electricity consumption, 594 TWh.

Paul Gipe is a renewable energy industry analyst that has published several books on the topic. He first published this article on his website, wind-works.org.